Its that time of year guys. Summer. The time of the big cons, the ones I always live for and love: E3 and San Diego Comic Con. This is when my full nerd comes out; when all the announcements for new games, books, movies, etc. come out and giving me nerdgasm after nerdgasm. With E3 basically wrapped up (and of course, I didn’t go. You have to be so-and-so’s second cousin twice removed to get into that guy haha), I’ve compiled a short list of what excited me the most, what I’m looking forward to the most.

Disclaimer: This is a list of things that I personally am excited for. This is in no way the best of the best of E3. You’ll notice that I’ve left out the new Halo stuff, the previews of Black Ops 3, and virtually nothing to do with Nintendo. I’m not a hardcore gamer, nor do I ever claim to be one. There are video games out there that I enjoy playing and I get excited for but I’m not an authority or an expert at all. So don’t judge me on the silly video games that I’m looking forward to.

Moving on to the seven things that caught my eye at this year’s E3.

7. Lego Lord of the Rings

I know, I know, I know, another Lego game. Lego just seems to churn them out the way Danielle Steel churns out terrible cheesy romance novels. In the beginning, the Lego games were awesome, unique and fun. As they’ve released more and more (Indiana Jones, Batman, Harry Potter, etc), they haven’t been as fantastic as they were in the beginning. However, they are extremely fun…especially for kids and for those, like me, who aren’t the best at video games. (Hey, I love video games, but it takes me AGES to beat one and play one, I just suck haha). So the Lord of the Rings Lego game actually looks pretty awesome. The developers explain that they built the entire Middle Earth world to play the entire saga and instead of going from level to level, you actually walk the land. Sort of like a little kid RPG. And to make it even better, instead of having those ridiculous ‘voices’, they actually speak. Which means, yes, yes, indeed we will be able to see a Lego Gandalf say “YOU SHALL NOT PASS!” Fantastic.

Now don’t get me wrong. I love to read. I love books and I love the SMELL of books. And for the most part, I’ve been pretty happy with the Kindle. As a person, who reads super fast, the Kindle works wonderfully for me. Now the new Sony Wonderbook isn’t exactly tickling my fancy but it is kind of intriguing. The idea is that this device is book-shaped “controller” that will be complemented with the Playstation Eye and Move controller to help make books more of a virtual reality. That sounds both interesting and weird at the same time. Bringing to life those familiar images of loved books is the reason we go to see the movies based on books. This could be similar. But I also like reading books because I have my own idea in my head of what this character looks like and what that place looks like, etc. So my interest in this device is only half there. However, the Wonderbook has one thing going for it. One of the first platform books available for this device is the Book of Spells, which is going to be linked with J.K. Rowling’s Pottermore, the interactive Harry Potter website that is hosted by Sony. This hands-on book is going to have new Harry Potter info and stories, including Aesop-like stories of wizards making mistakes, which ultimately leads to a teaching lesson. This alone, as a HUGE Potterhead, is almost enough for me to spend the money. This is also the only reason it got the number six spot. I’m just not interested enough in this for it to be any higher but it does have Harry Potter. That, is enough, to catch my interest.

Let’s be honest: this is exactly like Super Smash Brothers for Playstation. Its Sony’s answer for it. Now other games that are similar have been created before but this one has been getting way more attention, mostly because it is Playstation and because it includes notable characters like Kratos from God of War, Sly Cooper, Mael Radec from Killzone 2, Fat Princess, etc. Just announced Monday at E3, Nathan Drake from the epic Uncharted games (LOVE those games), and Big Daddy from the equally epic Bioshock games will be joining the teams. Now the preview and images already released from this game reveal a cool looking fighting platform and the levels look pretty creatively designed. I’m excited for this game because games like this involve my favorite style of gameplay: button mashing. I’m a damn good button masher.

I’ve never played any of the Assassin’s Creed games before. I know, insert shocked and angry gasps here. I know, I know. I’m sure it’s a great game. I’ve watched my sister and brother play the games and they look awesome. The reason that this game catches my interest is because of when this game takes place: The American Revolution and the continuation of American history after that. From what I’ve seen and read about, it includes a new protagonist named Connor and the gameplay, while different, is still familiar enough that fans of the series will feel comfortable. Those who have demoed it have said the gameplay is extremely impressive and that the new naval warfare aspect of the game is pretty awesome. I’m looking forward to finally experiencing an AC game, especially in this time period. As a history major, and a complete nerd for the American Revolution, it’s looking like a game that I definitely want to pick up on October 30th.

This game is in extreme early development, and there wasn’t a huge demo to preview at E3 but the concept of this has got me excited. Most Star Wars games have been pretty disappointing to me. I wasn’t a fan of the Force Unleashed games and I haven’t had a chance to play Old Republic. This game, though, has caught my attention. For one, it breaks away from the games centered around the Force, with the protagonist being a bounty hunter instead of a Jedi or Sith. The identity of the bounty hunter is yet unknown but the content is said to be more mature than any of the previous Star Wars games and the images already released are GORGEOUS. I’m definitely looking forward to the future and am hoping for more content to be released soon.

I’m sure this comes as shock that this is my number two, especially when you see my number one. Leave me alone. Moving on…literally, I’ve been waiting for this game forever. FOREVER. Resident Evil 5 came out about a billion years ago and I’ve been dying for some good ol awesome Resident Evil gameplay. So the Resident Evil gameplay at E3 got this girl super excited. Now in this story, they’re bringing back two of my favorite characters, Leon and Chris, (hubba hubba), and introducing a new character, Jake. Each of these characters are in a separate storyline: Leon is in the U.S. working with the president during an attack of bioware terrorism, Chris is in China, fighting a similar attack, and Jake is in a European country called Edonia, meeting up with an old character that fans will be excited to see. Eventually all these stories will meet up and interweave and you’ll be able to play as all the characters. Game Developers say that they’ve fine-tuned the co-op, making it possible to jump in and jump out of gameplay without having to wait for a cut scene. They also touch on being able to play as a foursome when the different characters meet up in the story. Watching the various gameplay looked really cool, the good ol’ fashioned fighting style is there but you can see that that are new attacks coming, especially in the melee category. I honestly haven’t seen anything to make me feel wary about this. There This game is going to be awesome, and I’m seriously counting down the days until it comes out on October 2nd.

Carting isn’t exactly new to the realm of gaming. One of the most iconic games in all of video game history is Mario Kart. And of course this game is probably going to be along the same lines. However, this is the most exciting to me for two reasons. One is that I’m a huge LBP fan. These are my favorite games. They are fun, silly and hard enough to be a challenge but not so hard that I get frustrated. And the second reason I’m looking forward to this game is because it has something that Mario Kart doesn’t have, something that is going set it apart from that game. It has the customization of the other two LBP games; you can customize maps, characters, karts and weapons. This is what makes me anxious for this game to come out. This is my most anticipated game of the year and the highlight of my E3.

Now I know that I missed a lot of things and I’m sure there are some of you out here, glaring and yelling at your computer screen. Well, let it out in the comments and tell me what has gotten you all excited at E3? 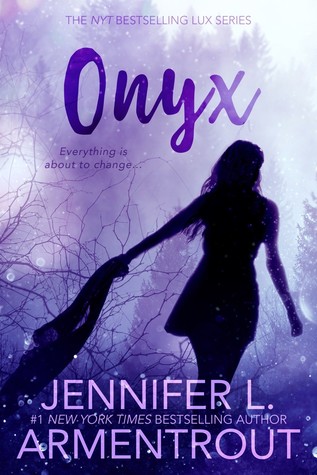