The Top Ten Tuesday is a weekly challenge post previously hosted by The Broke and Bookish and now hosted by The Artsy Reader Girl. You can follow along for each weekly post here. This week’s post was a love freebie since its Valentine’s Day tomorrow and I chose to make mine all about the book OTPs!

Okay, I know, its probably the most basic thing in the world to ship Lizzie and Darcy but come on. I’m a girl and I love to read. To not love these two would be complete blasphemy.

Jase Winstead and Tessa Hamilton – Be With Me by J. Lynn

Jase gives Tessa cupcakes and they have sex in the back of his car off the side of the road and oh my god, my cheeks are starting to flush and…whew. I love the entire Wait for Me series but there’s just way too much love for Tess and Jase. Their story is fun and romantic and sweet and AGAIN JASE BRINGS HER CUPCAKES!

First off, can you believe this fan art? My god, I think I just fell in love with Feyre and Rhysand even more. Here’s my thing: I almost 100% of the time ship the first ship that sails so logically I should have shipped Feyre and Tamlin forever…but Feyre and Rhysand’s friendship turned romance was too much for even this hopeless romantic to handle. I can’t wait for more of them because I cannot get enough. 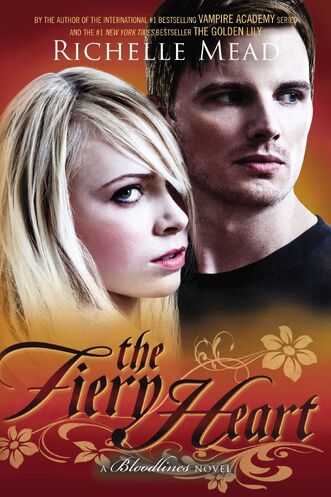 Even though Rose Hathaway will always 100% have my heart, my OTP from Richelle Mead’s world has to be these two…and thats because my love for Adrian is out of this world. We got a little of his vulnerability in the end of the Vampire Academy series but his relationship with Sydney in the Bloodlines series, what she brought out in him and what he brought out in her…swoon.

The love that I have for this couple is out of this world. They found each other under unusual circumstances and they fell in love even though they didn’t want to. Carson was part of the football world that Dallas was trying so hard to avoid and Dallas was exactly the kind of distraction that Carson did not need. It was the beginning of no easy days and the best fictional football team ever and these two have such a special place in my heart.

Even though this couple doesn’t end up together (I patently ignore that horrible sequel, Scarlett lost her chance, she SO does not get him back), you have to admit that their relationship from beginning to end is so addicting. Rhett knows from the beginning that they are meant to be together and he’s so patient but he also pushes her buttons and challenges her because she’s so used to being charmed and getting what she wants. Scarlett doesn’t realize that he’s her equal in so many ways and that just because he doesn’t fall at her feet doesn’t mean he doesn’t worship the ground she walks on. They’re volatile and violent and they’re emotional and chaotic and I love every minute of it.

I love this one because of the slow burn that Leigh creates with it. This is not your typical love story at all. Kaz is too proud, too tough to admit the way he feels about Inej, even though he would tear apart the world to get her back, and nearly does so. Inej obviously cares about him and she is so patient, she does everything to she’s expect to and she’s so tough and smart and agh. The two of them drive me insane and I love every minute of it. They’re not typical in the slightest and its what makes them one of my faves.

I may be a little biased on this one since I have never felt more deeply connected to a character the way I have with Cath and Levi totally reminds me of my own boyfriend…but that being said, their entire relationship is adorable. It starts as reluctant friendship and then gets wrapped around in books and stories and blooms into something so fun, sweet and awesome. The fact that this book revolves around Cath being so in love with a series meant to be a fictionalized version of Harry Potter and the fact that Levi loves her for all her weird and crazy makes them easily one of my faves.

I will forever and ever hate the second Princess Diaries movie because they got rid of Michael and had Mia marry someone else. I did not wait fifteen years from the first time I read The Princess Diaries to when I read Royal Wedding to see that happen. Nope. No way. Michael and Mia have an incredible relationship, and a real one, that had flaws and insecurities and ups and downs, one that had distance, both physical and in time, and they still ended up with each other, even after years apart.

These fictional characters completely saved me emotionally and mentally almost eight years ago and Jace remains my biggest fictional crush, and these two remain my favorite book couple of all time. Not many people can convince me to ship incest for a couple books but Cassie Clare can haha. They’re relationship is sexy and full of fire and intensity and I enjoy every minute that the two of them are on the page together. They’re full of humor and sarcasm and romance and I love watching them fight together, whether its demons or rogue downworlders or rogue shadowhunters. I’ve enjoyed them on the page, I enjoyed when Lily Collins and Jamie Bower played them and I’ve enjoyed them in Shadowhunters with Dominic Sherwood and Kat McNamara.

What are some of your favorite book OTPs? Share in the comments and have a Happy Valentine’s Day! <3