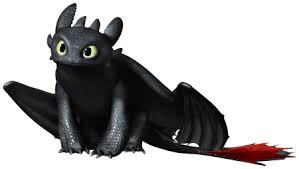 Hello! My name is Sara. I am 32 years old, Mexican-Irish, short, liberal, tattooed, loud, proudly bisexual, and a total cat lady. I love reading, writing, eating cupcakes, watching baseball, listening to music, binging all the good TV stuff and running. I live in Southern California physically but my mind is always in a fictional place. My debut novel, The Awakened, was released in December of 2015, and was my first successful NaNoWriMo novel. The sequel, The Sanctuary was published January 2017.  I am currently working on a young adult fantasy called Legacy. Welcome to my blog!

–The Life and (Medieval) Times of Kit Sweetly by Jamie Pacton
-House of Dragons by Jessica Cluess
–Of Curses and Kisses by Sandhya Menon
–Last Girls by Demetra Brodsky
–Star Wars: Queen’s Peril by EK Johnston
–This is All Your Fault by Aminah Mae Safi
–From Blood and Ash by Jennifer L Armentrout
–Last Will and Testament by Dahlia Adler