Today, its all about the throwback. I used to write a ton of posts about writing when I was actively doing NaNoWriMo and I wrote a post way back in 2013, when I was first working on The Awakened (then called The Reawakened) about my fancasting for my characters. I am sharing this again, and sharing if those fancasts have stayed the same or if they’ve changed!

For more info on The Awakened, you can read about it here. It’ll at least give you an idea of character names and the synopsis of the novel!

2013 Thoughts: Katy has long brown hair, large brown eyes, and is about average height. She is strong, trained in various self defenses and fighting techniques, due to her dad’s worries about her safety. She’s definitely beautiful, but she’s strong, fierce and she has quick wit and even quicker sense of sarcasm and temper.

I had never even heard of Zoey Deutch until she was cast as Rose Hathaway in Vampire Academy, but I’m already head over heels for her. She’s beautiful and she’s showing that she can play a fighter. Katy would probably get along with Rose, so Zoey is a great fit. She also fits the description of Katy in my mind :)

2019 Thoughts – Still absolutely my fancast. Its so weird that I refer to the main character as Katy because her final name ended up being Zoey. I don’t remember exactly why I made the change but it could have been the fancast and the fact that she was absolutely what I had in mind.

2013 Thoughts: Ash is tall, built, with dark brown hair and blue eyes. He’s the captain of both the varsity football and baseball teams at St. Joseph’s Prep. He’s stocky, built, with strong muscles and a flat stomach, and is incredibly athletic. He has a fun personality, preferring to put humor in every situation. When he’s serious though, he is a very determined and ambitious person.

I have to admit, Robbie Amell made an impression on me before I even created Ash Matthews. I’ve really only been writing The Reawakened for a little over a month now. When I was trying to come up with my main male counterpart to Katy, I was watching The Tomorrow People, and I was just smitten by Robbie, and his good looks, his incredible body and his charm. After watching a couple YouTube videos, where he answers fan questions, I just was sold. He is Ash Matthews, and Ash Matthews is him.

2019 Thoughts – I’m so glad I renamed the book The Awakened. I just hate the title The Reawakened now haha. But yes, Robbie is still absolutely 100% Ash, I wouldn’t have it any other way.

2013 Thoughts: Madison Wu is Katy’s best friend, a tiny little Asian girl who makes up for her small stature in her large personality. She’s beautiful, with long black hair, and perfect skin. She’s on the Honor Society, does as much charity work as possible and is the head of the dance committee.

It was hard to pick Madison. I immediately thought of Brenda Song but she just didn’t fit right to me. The more I looked, the more Jamie popped out to me. She has shown, in her different roles, that she can play a variety of roles, and I think she would be a brilliant Madison. I think she’s a bit too tall to be Madison, but she’s very fitting in my head.

2019 Thoughts: I still absolutely adore Jamie but when I think of Madison, I actually think of Katie Chang, who I know from The Bling Ring. I think she’s more fitting to the Madison I have in my head, especially in that context because she looks more like a high school student. Jamie is beautiful and awesome but she’s definitely more adult and I wouldn’t cast her as Madison.

2013 Thoughts: Frank Valentine is Katy’s father, who is a New York City cop. He’s Italian in background, and has dark brown hair, and dark brown eyes. He’s young, only 38, having only been twenty when Katy was born. He’s fit, and healthy, always ready to work hard at his job.

Jon is the first person that came to mind when it came to Frank. I like someone young, but who can also portray that protective side too. I’m think early Shane in The Walking Dead, not later, crazy, obsessive Shane. I’ve seen Jon in other roles as well, and he’s always portrayed strong characters, protective characters and he’s just a perfect fit for Frank.

2019 Thoughts: Yes. Absolutely. 100%. Every time I see Jon in a role, I think, yes, that’s my Frank Valentine. He just seems so fitting for me and I’m grateful for the fact that I’m an indie author who will most likely never ever get an option for this book because I’ll just be thoroughly disappointed that anyone other than Jon will be cast haha.

2013 Thoughts: Jennifer Flynn is Katy’s mother, who is young and strong in her Irish looks. She has blonde hair, blue eyes, and freckles all over her face. She is only 36 years old, having only been 18 when she married Frank and had Katy. She’s an elementary school teacher, who has incredible fashion sense.

I honestly had NO idea who I could even picture for Jennifer. I literally couldn’t picture anyone. I was googling for blonde actresses to find someone to fit the person I had in my head. Now I know Kellie Pickler is not an actress, but a singer, but she jumped out at me. I was watching Ellen, and she was the guest on the show, and I thought she was amazing. She’s ten years younger than Jennifer is supposed to be but I think she would be great, and she could carry that maturity well. And she looks like I picture Jennifer, exactly.

2019 Thoughts: Literally, I still have no ideas who I would pick. Kellie still fits the look perfectly and I loved her real life personality, it reminded me of what I wanted Katy’s mom to be.

2013 Thoughts: I can’t say much about Bert. Bert will be in The Reawakened toward the end, and he is very pivotal to Katy and her future. He’s an older, African-American man, who is quiet, but incredibly intelligent and incredibly brave. Bill Cobbs was actually the first person I thought of, and if anyone else ever played in Bert in the never-going-to-happen-movie of my book, it would take adjustments.

2019 Thoughts: Still perfect. Still amazing. I don’t think there could be anyone better to play the amazing Bert.

2013 Thoughts: Liam is a character that surprised me. He is making a small appearance in The Reawakened, and I realized that as I wrote him, he was becoming more and more important. Again, I can’t say more than that but he is important. He’s kind of the All-American boy, blonde hair, green eyes, from the deep South. He’s going to be an interesting character as the story moves along, and he’s going to create some tension. I know a lot of people don’t like Alex Pettyfer, but he’s so hot and I will forever have a crush on this boy, and he’s Liam. You’ll see when you read about Liam. He embodies the confidence and easiness of Liam.

2019 Thoughts: Soooo I literally have no recollection of ever ever ever fancasting Alex as Liam. That would never even make sense in my mind whatsoever. I have always had Jake Abel in my mind for Liam, especially as Liam grew and became a main character in The Sanctuary and had his own novella in The Survivor. I would definitely stick with Jake. 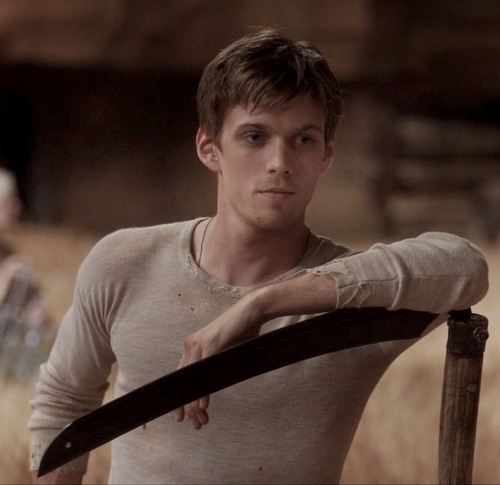 2013 Thoughts: I can’t say literally anything about Razi. I just can’t. It would ruin the entire book and that’s awful. But this is exactly how I picture her, except older, probably more like 50s or 60s. I think Sarayu is her thirties. She has such a perfect look and I hope you’ll see that when the book eventually releases, one day, because I am optimistic with this book!

2019 Thoughts: I love my optimism above. I wanted to tell 2013 Sara that The Awakened will become a reality just two years later haha. I can say now that Razi is the villain of the trilogy and I still think Sarayu is a fantastic casting for her. Razi isn’t a typical villain and so I would want that portrayed for sure and Sarayu puts out a strong and emotional vibe and its just perfect.

If you’ve read The Awakened or The Sanctuary, what do you think? Do you agree or do you have other fancasts in mind? Share in the comments!