Book 1.5 of THE AWAKENED DUOLOGY 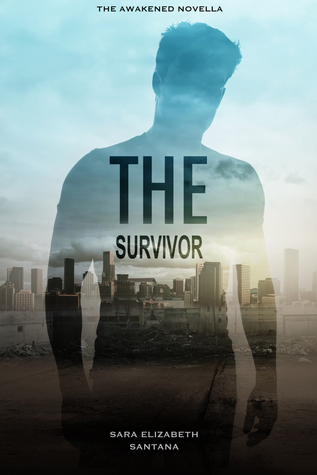 We first meet Liam in The Awakened when he becomes an unlikely friend and ally to Zoey. Now its his story.

Liam Garrity is trapped outside the city of Atlanta when the bombs go off, destroying everything in an attempt to stop the invasion of Awakened. Leaving behind everything he knew, including the fiancee he lost, he and his parents flee, in search of somewhere to survive. His grandfather told him stories when he was young of a place called Sanctuary, a place where someone could escape when the world was in ruins. The Survivor follows Liam as he searches for this place, meeting not only Zoey, but other captivating people, as well. Stay along with Liam and experience both scenes from The Awakened and new ones, and maybe even some surprises for what’s coming in The Sanctuary.

Unfortunately The Survivor is currently no longer available as an ebook!

HOWEVER, IT IS NOW AVAILABLE AS A BONUS ADDITION TO BOTH THE PHYSICAL AND EBOOK COPIES OF THE SANCTUARY!