Note: This review for the movie is completely spoiler free. The movie will not be released until August 21st, and I wanted you all to be able to read it! 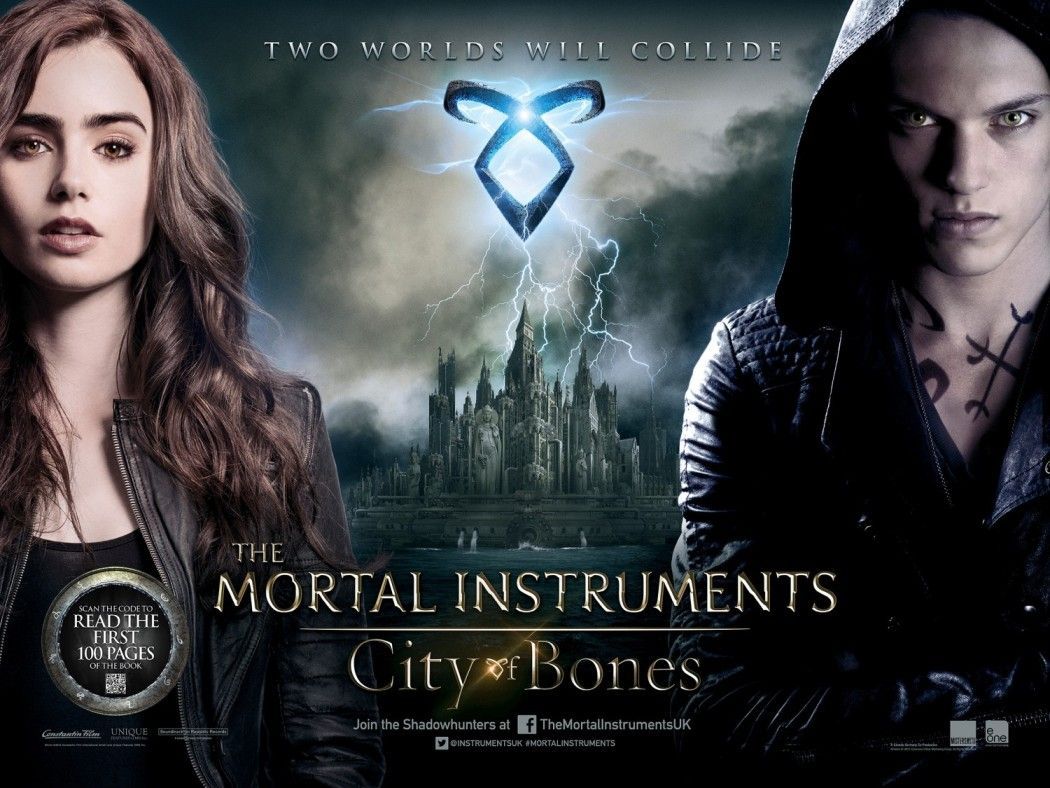 Based on the novel by Cassandra Clare

Rated PG-13 for intense sequences of fantasy violence and action, order and some suggestive content

Find the rest on IMDB here.

Set in contemporary New York City, a seemingly ordinary teenager, Clary Fray (Lily Collins), discovers she is the descendant of a line of Shadowhunters, a secret cadre of young half-angel warriors locked in an ancient battle to protect our world from demons. After the disappearance of her mother (Lena Headey), Clary must join forces with a group of Shadowhunters, who introduce her to a dangerous alternate New York called Downworld, filled with demons, warlocks, vampires, werewolves and other deadly creatures. Based on the worldwide best-selling book series.

I was extremely nervous about this movie. It was not because I didn’t think it would be good or any of that. I had watched trailers, seen stills and drooled over the few clips we got to see. I thought it looked pretty good and this is what made me nervous: getting my hopes up. Getting your hopes just to be dashed, would NOT be fun, in the slightest.

Luckily enough, I didn’t have to deal with that. Being the first person in line for the Los Angeles world premiere of the movie, I was able to get my hands on some tickets for the actual movie pretty easily. After having an absolute blast on the red (oh, black) carpet, we headed inside, grabbed some free drinks and popcorn and settled into our seats to watch the movie.

I fell in love. Harald Zwart, you are my hero for making one of the BEST book to movie adaptations I have ever seen. The amazing people behind this movie took the characters and the story that I have grown to love so much over the past three years and made a movie that I know I will watch again and again, and I already wish I could watch it and can’t wait for the official release day to do so!

I’m not going to lie to you: its not perfect, but no book to movie adaptation ever is. There are always going to be little things that bothered me, and that was true of this movie as well. They, of course, made changes to the plot we know so well in the book, but the changes that were made were done in logical ways. They only changed things because it really was necessary. I didn’t mind any of the changes at all, really, and my only one beef was so small and understandable that I got over it pretty quickly.

What I think they have managed to do with this movie is capture the essence of the story and of the characters. Even though this is a story of a race of people called the Shadowhunters and their world, it is mostly a character story. It shows the journey and the development of the various characters; Clary, Jace, Simon, Isabelle, Alec, Jocelyn, Luke, all of them. They all go through various journeys as people and come out at the end of the story as different people. I think that this was captured in the movie. You could see the emotions of each character and the personality that they represented.

I also really admire each and every actor and actress in this movie. I can’t imagine anyone else in the world playing any of these characters. They were all so perfect. If I had doubts in my mind before this, which I’ll admit I did, they were gone by the end of this movie. They each obviously took the time to explore their character and understand them, and get to know the aspects of the characters that were so reachable to the fans and managed to convey that on screen. The characters that we all fell so hard for in Cassandra’s books were on the screen, easily, and I found myself falling in love again.

They also just told the story in such a beautiful way. They managed to hit all the important parts of the novel, and they reminded me (though how could I forget, really?) how amazing the story really is. Jessica Postigo, the screenwriter, obviously read the book and knew what Cassandra was saying and knew what the purpose of the first book was, to set up the conflicts that would build into the second and third books, and she did just that. I also really enjoyed the fact that there were a LOT of direct lines from the novel. Cassandra writes so beautifully and its not uncommon to fall in love with her dialogue and prose. It was wonderful to see that in the novel.

Another thing that really impressed me is that, for the most part, this fandom tends to be, well, more common with the female population. I think a lot of times the romance of the story tends to be highlighted more than anything. However, this is a VERY action packed book, and that definitely shows in the movie. I know a ton of fans were lamenting over the lack of Isabelle and Jemima West in stills and clips but she is in the movie a lot and she has some major girl power with that whip and flame thrower. The battle scenes in the movie, especially Hotel Dumort, are seriously action packed and are super fun to watch, especially with the amazing music in the background. This is a movie that you won’t have to beg your boyfriends to go to, because there is a lot of action and fun for the boys as well. I know that TMI Source had a non-fan, newcomer male review the movie and he gave it a B+, which is fantastic. Its a movie (and a book) that isn’t just for girls; the boys can enjoy it too. Plus they have eye candy in Lily Collins and Jemima West.

Lastly, very quickly, for the fans: the greenhouse scene? its perfect in every single way.

10 thoughts on “The Mortal Instruments: City of Bones Movie Review”