Temporary. That one single word best describes my life these last few years. I’m working at a temporary job until I can finally break free. I’m my little brother’s temporary mother since our mom doesn’t give a crap about either of us. And I’m that temporary girl all the guys want to get with because I give it up so easily. According to the rumors, at least. 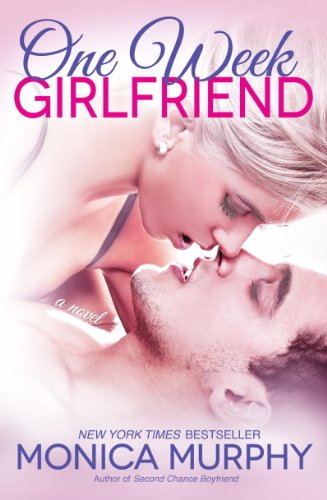 The first novel in the Drew and Fable series

Temporary. That one single word best describes my life these last few years. I’m working at a temporary job until I can finally break free. I’m my little brother’s temporary mother since our mom doesn’t give a crap about either of us. And I’m that temporary girl all the guys want to get with because I give it up so easily. According to the rumors, at least.

But now I’m the temporary girlfriend of Drew Callahan, college football legend and all around golden guy. He’s beautiful, sweet—and he’s hiding way more secrets than I am. He’s brought me into this fake life where everyone seems to hate me. And everyone seems to want something from him. The only thing he seems to want though is…

I don’t know what to believe anymore. All I know is, I think Drew needs me. And I want to be there for him.

I had a really hard time with this book and I think it mostly had to do with the fact that it starts off at full speed, and very strangely. I don’t feel like I have enough time to connect with the characters, to care about them before you’re just thrown into the story at full speed. Its very overwhelming and it just threw me off balance. I didn’t feel like I had my bearings going into the novel.

It took me time to get into the book and the characters. They were both very dramatic and hiding things and it was hard to keep up with it. I didn’t think they needed to reveal them right away, especially since there’s a huge one revealed toward the end of the book that totally blew my mind, but it was hard to keep up. Like I said, the book immediately opens with this weird hostility between the two of them. I don’t know, it was just incredibly weird to me.

That being said, once you finally get past that and get into the novel, and get attached to the characters, I could not stop reading. I wanted to know what happened next. There is something obviously really messed up about Drew’s stepmother and while, in my head, I had guessed what was going on, the build up to the reveal of it is so hard and so heartbreaking and incredibly sickening too. You know what he’s holding inside and you just want him to say it and you know why its so hard for him to do it.

I think one of the things that was also hard for me is that I’m used to one novel per couple for new adult so I sped through this book. I really wanted to find out what happened between the two of them, what would happen to Fable and her family and to Drew and his family but I get to the end and its a cliffhanger and there’s a book two and I was so unprepared for that and I was so mad! I’ve been wanting the second book but I was just so mad! LOL. I do want to continue reading the story, especially when I found who the other novels are about. But it was just really fast paced for me, and it was hard for me to keep up. But once you are hooked, I felt like I couldn’t put my book down.