Happy Doctor Strange in the Multiverse of Madness Day!

Even though its only been a handful of months since we had our Marvel appetites satisfied with the most recent Spiderman movie, I think I can speak for a lot of people when I say that fans were anxiously awaiting the release of this movie. This movie had its hands in so many previous MCU stories, like the first Doctor Strange movie, Wandavision and What If… and there were so many rumors and speculation on what would happen and who would appear.

I saw the movie just last night, not wanting to take the chances of watching it any later than preopening night because I loathe spoilers and the internet LOVES them. I was definitely looking forward to certain things in this movie. I am a HUGE America Chavez fan and I can’t begin to explain how insanely happy I’ve been that they are bringing her into the MCU and how hopeful I am that this is not her last appearance – I hope so much that she may appear in Ms Marvel or Ironheart or may even have her own starring role in a movie or tv show. I also love Xochitl Gomez – who played Dawn in the first season of Netflix’s Baby-Sitters Club – and was super excited to see her play an important character to me.

Running at over two hours long, Doctor Strange 2 has a lot of twists and turns to unpack and honestly, I feel like I’m still processing the movie and what happened, what I liked and what I didn’t like. I honestly very much feel like I need a second viewing.

**This is where spoilers begin. I will NOT be censoring myself. If you don’t want spoilers – please stop reading now!!**

If you’ve been following me on social media at all in the past six months or so, you’ll know that my newest obsession is the What If… alternate universe version of one of my favorite characters, Peggy Carter – Captain Carter. For those of you who may have skipped on What If… – shame on you – the first episode asks the question, what if Peggy Carter was the first avenger? Instead of Steve Rogers taking the super soldier serum, it’s Peggy. I immediately fell in love. I love Peggy as a character in general and her as Captain Carter just…*chefs kiss*. I’m absolutely obsessed.

There were heavy rumors that Hayley Atwell would be appearing in the movie and later trailers showed that but that didn’t mean I wasn’t totally on the edge of my seat, wondering if and when it was going to happen, and when it did, I screamed. Yes, she ends up getting absolutely annihilated by Scarlet Witch, with her own shield, but I didn’t care because I got to see one of my favorite characters come to life in more than just the animated series and I was so happy that Hayley Atwell got to suit up and BE Captain Carter. Part of the reason that I don’t think I can write a good review right now is because I am SO filled with joy at Captain Carter being in the movie that my view of the rest of the movie is SO clouded. I am so happy with this younger portrayal of America Chavez aka Miss America. They definitely changed aspects of her from the comics but I think they captured a lot of what makes her such a great and well-loved character and I adore Xochitl Gomez and I thought her portrayal was so great. I am truly hoping that we get more of her as the MCU continues. It honestly feels like we might since we are getting so many of the characters that were created around the same time as her and they seem to moving toward younger, newer characters like Kamala Khan, Riri Williams, Kate Bishop and so on. I also appreciated that they kept in the fact that America has two mothers. 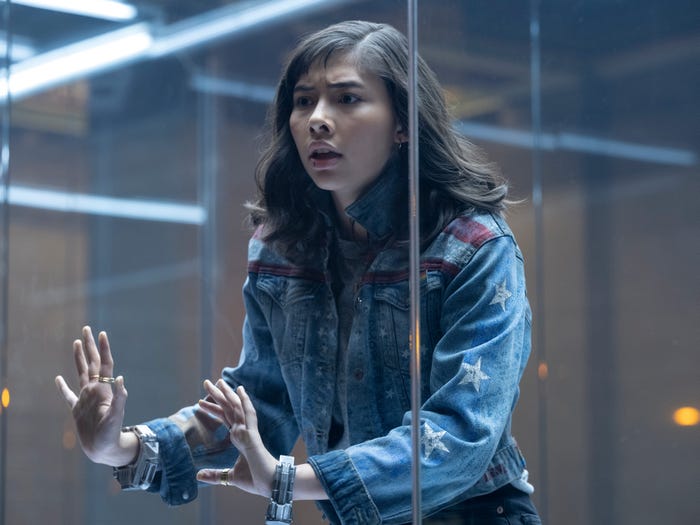 I loved the appearances of unexpected characters. There was definitely some fan service in there and I was absolutely there for that. A lot of people super don’t like fan service but I’m a fan and I will take it all. There were rumors of other appearances, especially after certain people appeared at the red carpet, but there were also some that were a total surprise. I super loved seeing Patrick Stewart as Professor X in the same universe as Captain Carter – I grew up with the X-Men animated series and the trilogy and so it felt so nostalgic to see him on screen again. Seeing Lashana Lynch reappear in the MCU as Maria Rambeau, ,a character we know from Captain Marvel, was SO awesome as a Captain Marvel fan and seeing her AS Captain Marvel in that alternate universe was just so awesome. She’s an underrated character and I loved it so much. But I think what I super loved was seeing the much rumored, debated, speculated, fan casted John Krasinski as Reed Richards aka Mr Fantastic. That was an utter shock – an audible gasp echoed through our entire theater – and, even though he also was obliterated by Scarlet Witch, I’m super hoping that is NOT the last that we see of him.

My last thought – for now – is how much I enjoyed seeing Scarlet Witch as the actual villain of the movie. I knew she had a heavy appearance in the movie but I genuinely did not know that she was going to be the villain and I loved it. She was brutal, unforgiving,  determined and dark and they did not hold back at all. This is the most brutal villain I’ve seen. Thanos might have snapped away half of all human life but Scarlet Witch is brutal, murderous and amazing to watch. I LOVE a good female villain – we don’t get enough of them – and they did such a great job with her in this movie. This movie is dark and violent and scary and unlike any Marvel project I’ve seen before and I thought it was fantastic. I think its even better because we know so much of Wanda’s character and her storyline and her journey to becoming the Scarlet Witch and even though she is murderous and in rage and is a straight up evil villain, it’s still hard to watch and hard not to feel for her because we know Wanda and we know all that she’s been through. It’s just such great writing and character development and I am here for it. 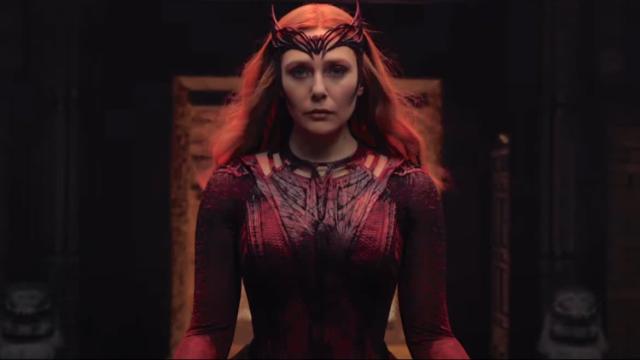 I have a lot more thoughts, about stories and other characters but this movie was full of so many twists and turns and, frankly, confusion what with all the different universes but I definitely need to sit on it more before I can truly write a full review. If you asked me at this very moment, I would say that I enjoyed the movie and would definitely love to watch it again but I probably would just rewind the Captain Carter part again and again and never make it to the end again…

So maybe a second viewing is a great idea!