And guys, I’m kind of obsessed.

One Tree Hill is like most teen dramas of the time, telling the chronicles of several teenagers in Tree Hill, North Carolina, mostly Lucas and Nathan Scott, half brothers who have basically hated each other their entire lives.

Here’s the thing – One Tree Hill was one of the many dramatic, soap opera-esque tv show that came out during my formative teen years and I tended to really love those shows, even as I progressed into my twenties. I’m talking The OC, Gilmore Girls, Gossip Girl, the new 90210, Greek and so on. But for some reason, One Tree Hill was never one that I watched and once I kind of realized what it was, it felt too late to watch it. 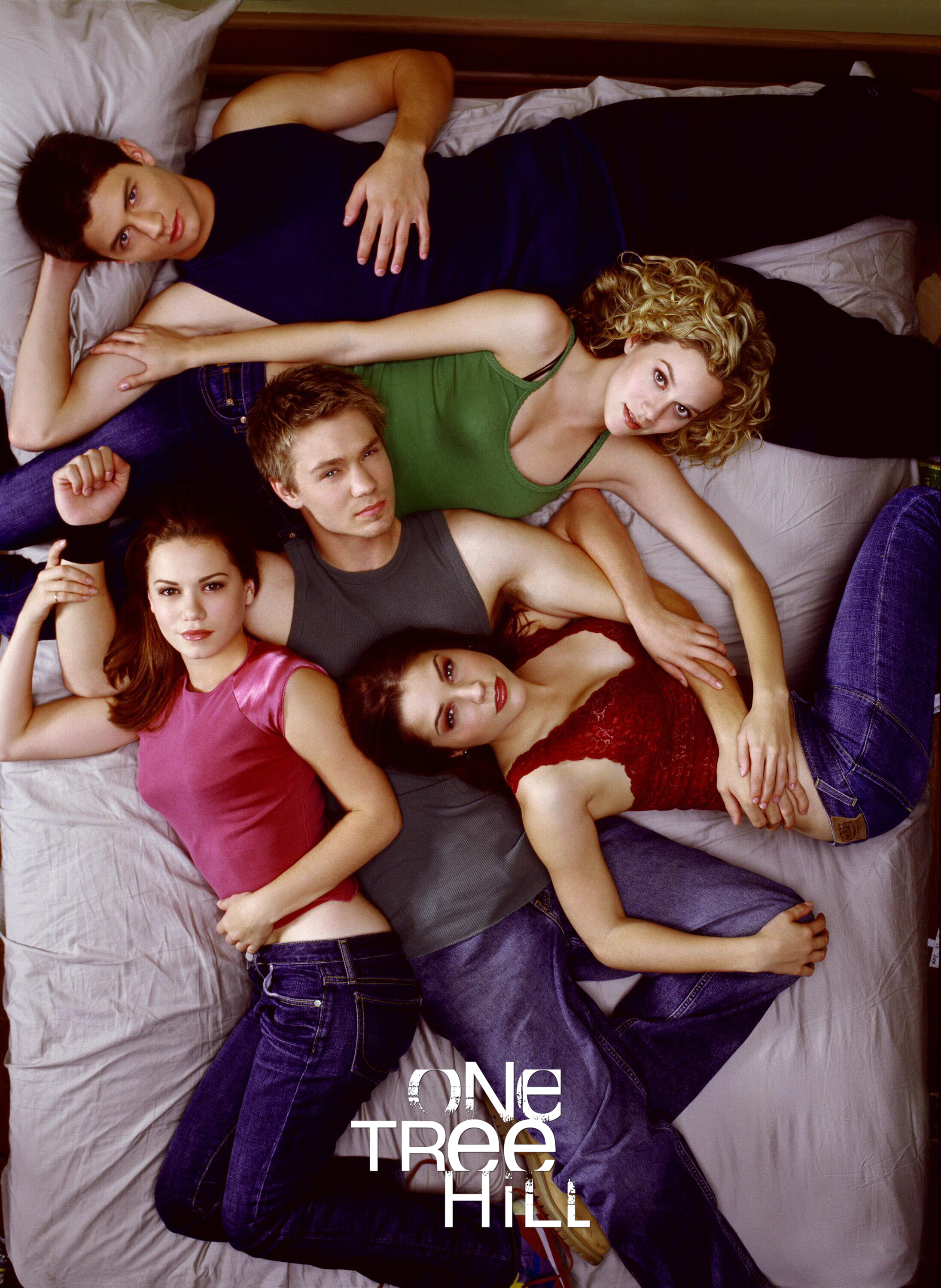 Recently, when I was at work, we had a celebrity VIP visitor at my attraction – Jeffrey Dean Morgan – famous for tv shows like The Walking Dead, Supernatural and Grey’s Anatomy – and his wife, Hilarie Burton. While I super fangirled (internally, since we have to be professional at all times, regardless who visits us ) over Jeffrey – that was John freaking Winchester! – I also was excited to see her as well. A lot of my online friends expressed jealousy at not being able to see her, their Peyton, from One Tree Hill and it got me thinking about this show that I just simply never got into.

Out of curiosity, I googled the show and…found out it was available to watch on HBO Max.

Now, during the month of December, it’s my goal to watch as many Christmas movies as I can possibly consume. It’s currently the 11th and I’m up to 21 movies. But I decided to take a quick break and give this show a chance.

I binged the entire first season within a matter of a couple of days and am roughly halfway through season two. I cannot stop watching this show! It’s not good; it’s cheesy and dramatic and, often, incredibly predictable and yet, at sometimes, can completely surprise me. 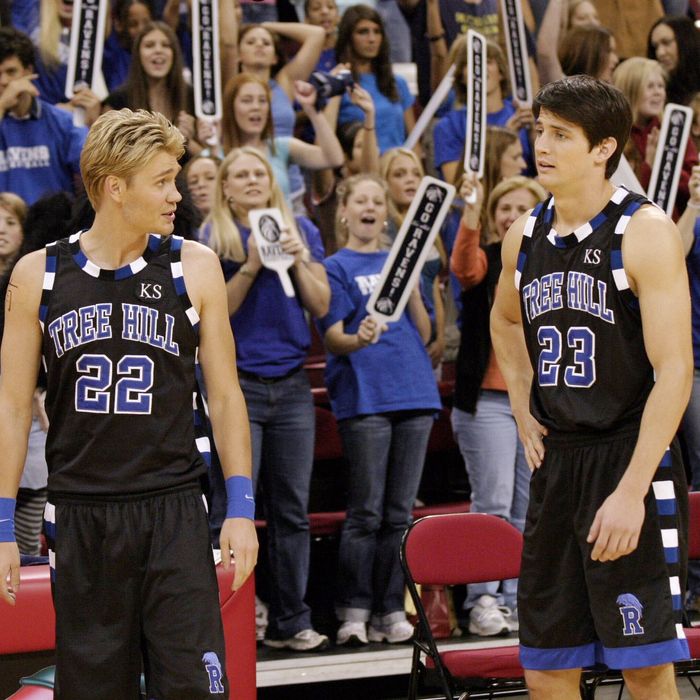 The big reason that I’ve been so obsessed with the show is the relationship between Lucas and Nathan, which, I think, is the foundation of the show. I am incredibly close with my siblings so I always enjoy stories between siblings. Nathan and Lucas grew up completely different – Lucas was raised by a single mom who was left behind by their father, Dan, who ends up marrying someone else and having Nathan months later and completing ignoring Lucas. The two of them grew up knowing they were related but hating each other. I was immediately obsessed with their relationship and immediately just wanted them to work through things and to realize the issue with their relationship wasn’t each other but their crappy dad. I’ve been OBSESSED with them. 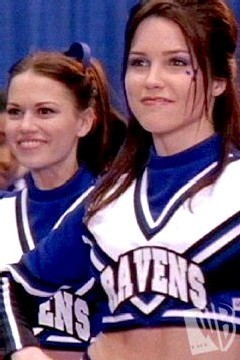 I also have been obsessed with Brooke Davis, played by Sophia Bush, who I love because she’s so gorgeous, has that totally husky voice and she plays the BEST character in John Tucker Must Die. Brooke is one of the more interesting characters – Peyton, yawn – and the show makes me really care about her and so I keep watching to make sure that she is OKAY!

I also never realized that Moira Kelly of The Cutting Edge fame (Toooooooooe pick!) was in this show as Lucas’ mom and I normally don’t get emotionally invested in the parents’ lives in these shows but I’m invested in Karen because I just absolutely adore Moira. 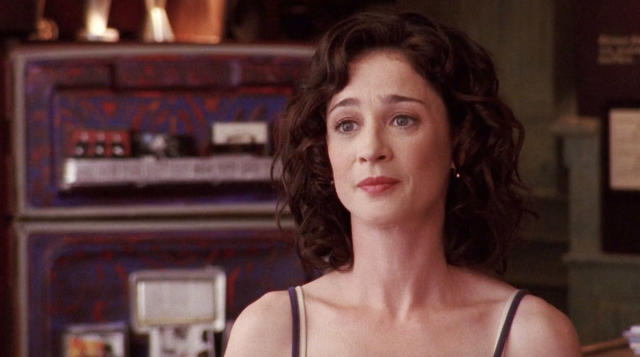 The thing is, the show does remind me a lot of my teen years. Season two was filmed and aired in 2004, when I was sixteen years old, roughly the same age as the characters in the show and I feel so much nostalgia, watching this show. The clothing and the hairstyles and all of the music and the slang and all the references – they remind me of being a teenager and while I don’t particularly remember those years fondly, I do remember the things I liked fondly and there tends to be a lot of the music I listened to (and still listen to) and that makes me happy too. It’s a nice little trip down memory lane.

I keep reminding myself that I need to watch more Christmas movies or, I don’t know, continue to function like a normal human being and do more than just watch One Tree Hill but I just can’t stop watching.

I know that I have SO much more show to go but I’m enjoying it a lot right now and well, if all I can talk about for the foreseeable future is One Tree Hill, well, then I apologize.

But I’m really not that sorry.

Note – I know that there have been some unsavory and unfortunate revelations about the production of One Tree Hill that have been revealed recently on the podcast, Drama Queens, hosted by cast members of the show. While I admit that I do not have all the information, I am keeping very aware of all of that while watching this show. This is NOT going unnoticed by me.