We have reached the halfway point of Ms. Marvel season one and a lot has happened in episode three to really open up the story and tell us what to expect, what could happen next and where exactly we are going with Kamala’s story and I know I keep saying it, but I’m super enjoying it, guys. I’ve already been a huge Ms. Marvel fan for ages. I finally got a new shirt this week – took forever to get here – and I managed to track down Ms. Marvel in Avengers Campus at work and I was totally stoked. 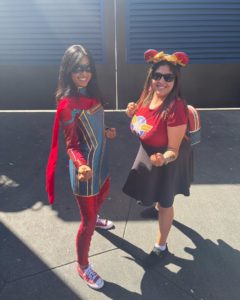 In this week’s episode, we start off right where we left off, with Kamala being rescued by Kamran and his mother, who is definitely more than she appears to be. Of course, this is exactly true. She tells Kamala that she knew her great-grandmother, Aisha, in the past and that they are from a different dimension and would like to go back and they need Kamala’s help to do so. This is a conflict for Kamala – these people seem to care and seem kind and friendly and she wants to help them but she also feels like this is a dangerous endeavor. She let’s Kamran know that she will need time to think about it and he tells her to focus on her brother’s wedding. His mother is unhappy about this and an attack happens at the wedding, with Kamala having to defend Bruno, Nakia and her entire family. The episode ends with Kamala’s parents wanting to know what’s going on with her, so they can help her, and her letting them know that she cannot tell them.

This week’s episode was SO fun and so interesting and intriguing and full of all this new information and I enjoyed it so much. There are two big things happening in this episode – one is that Kamala finds out exactly what is going on with her bangle and her powers and there’s her brother’s wedding. 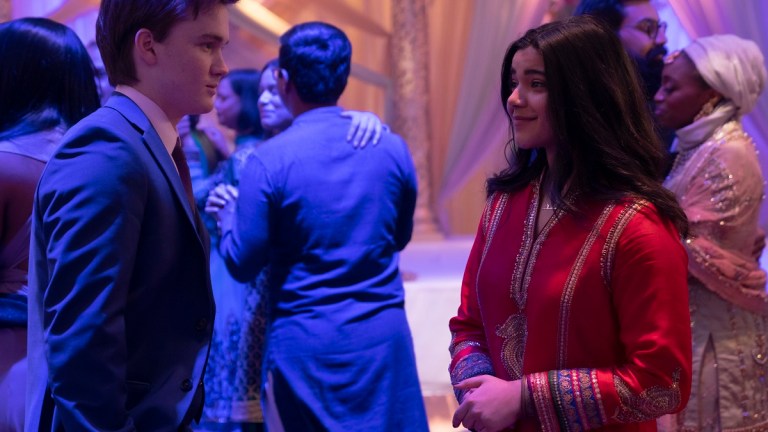 The internet has kind of exploded at the wedding alone. I just got married two months ago and guys, I loved every moment of my wedding. But my god, I would love to go to a wedding like that because it looked like so much fun. I appreciated everything about it because it was fun and it reminded me of all those cheesy fun dance sequences in 90s teen movies. I think it also was a fun way to showcase Kamala’s culture. I think that there is an idea of what a wedding is or should be and we don’t often explore other cultures and how they celebrate big monumental events, like weddings. I thoroughly enjoyed that part of the episode and I continue to enjoy how much of Kamala’s culture is integral to her story and to her powers and just to even what is going on in the background.

The story with Kamran’s mother and her companions, how they’ve survived since the 1940s, where they’ve come from and where they want to return – very unexpected and interesting. I’m thoroughly enjoying it. I think it shows a depth to Kamala and her story and I like that its connected to culture and to the Partition and to all of that. It makes it more than just any other superhero story. I think it makes her unique and stand out more and I find the concept super interesting and intriguing and it makes me want to learn more and see what happens next. I like to watch stories that surprise me or that are unfamiliar to me, so that I can learn more and explore more. I love to experience a story that I can relate to but I also like to see those that I don’t because they often have voices that need to be heard more. This show is giving me that for sure. 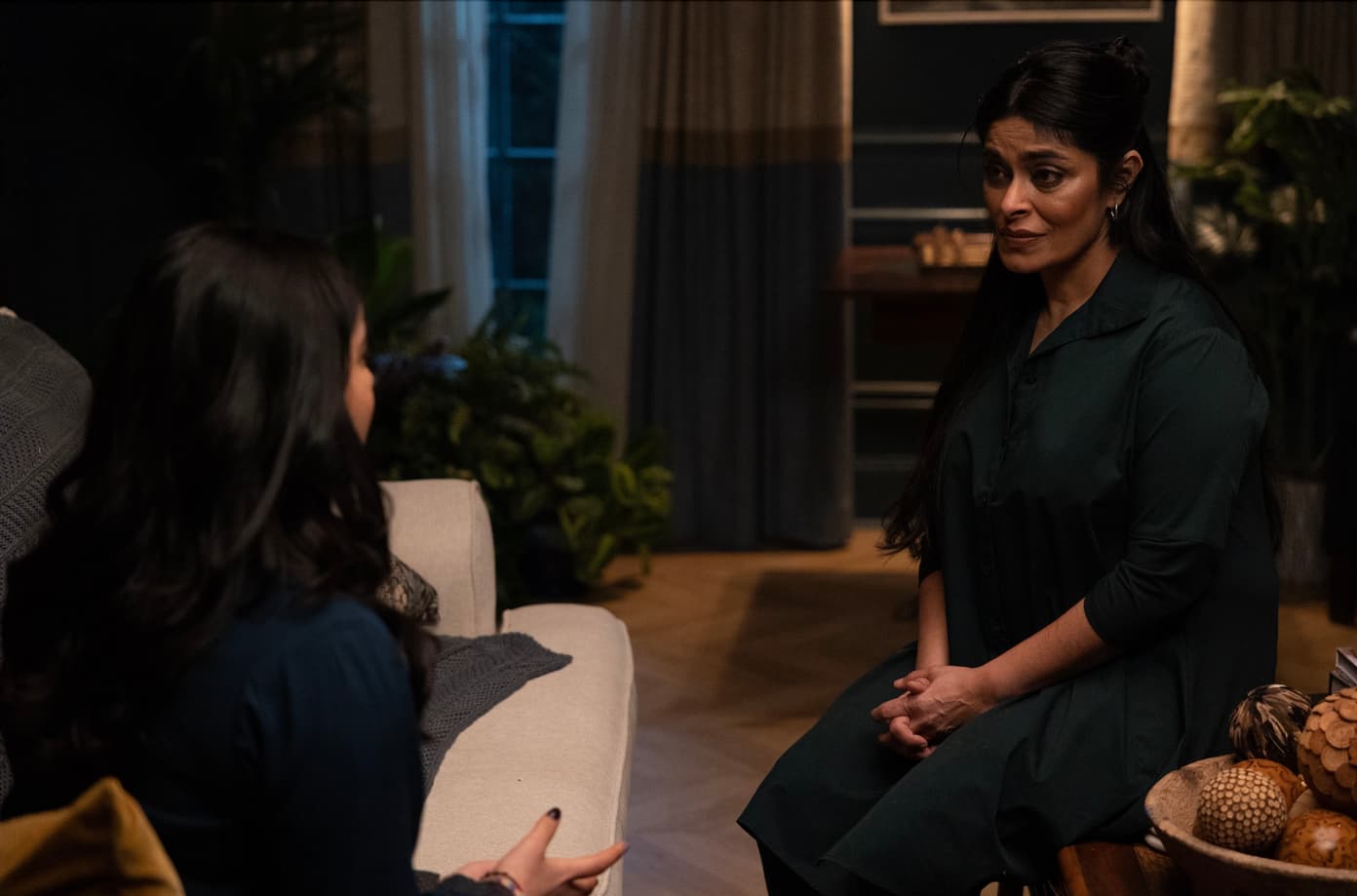 I also just keep loving Kamala as a character and that comes down to Iman and her genuine nature. This is her first on screen role ever, which is crazy for a huge thing like the MCU and for a character that is loved hardcore by her fans. She is so real and genuine and she is a teen, flawed and figuring things out and I really like that. She doesn’t just…have a hold on this. She’s confused and has no idea what she’s doing and she makes a mess of it all the time. When the fight goes down during the wedding, you can see what a mess she is. She’s not on the offensive – she doesn’t know how to do that – she’s pure defense all the time, just trying to get out of the situation. She hasn’t reached the point of being able to use her powers as a weapon and I just appreciate that she’s real. I find her incredibly relatable and its what makes me such a fan of her in the comics and the tv show.

I also love that we are inching closer to her having her own costume and hopefully coming into her real superhero name, Ms. Marvel. The name Night Light is just terrible but I do love all the jokes about it, for sure. I can’t wait to see her in full costume but I’m thoroughly enjoying her step by step journey. I’m glad that its slow going and full of mistakes and ups and downs and that she has a harder time than those we’ve grown to know like Tony Stark or Steve Rogers or even Carol Danvers. Kamala is a teenager and she’s a FAN of superheroes but doesn’t know how to be one and I think that’s my favorite part so far, is watching her stumble and figure things out as they go. It’s absolutely a YA story and I love YA so I’m thoroughly enjoying it.

I can’t wait to see what the rest of the season brings and I’m hoping that the show does well enough that we’ll get more because I definitely want and need more.

What do you think of Ms. Marvel so far? Share your thoughts in the comments!