Yeah, we finally get to see some background information on our favorite sexy warlock, Magnus Bane, of the Mortal Instruments and Infernal Devices series by Cassandra Clare. 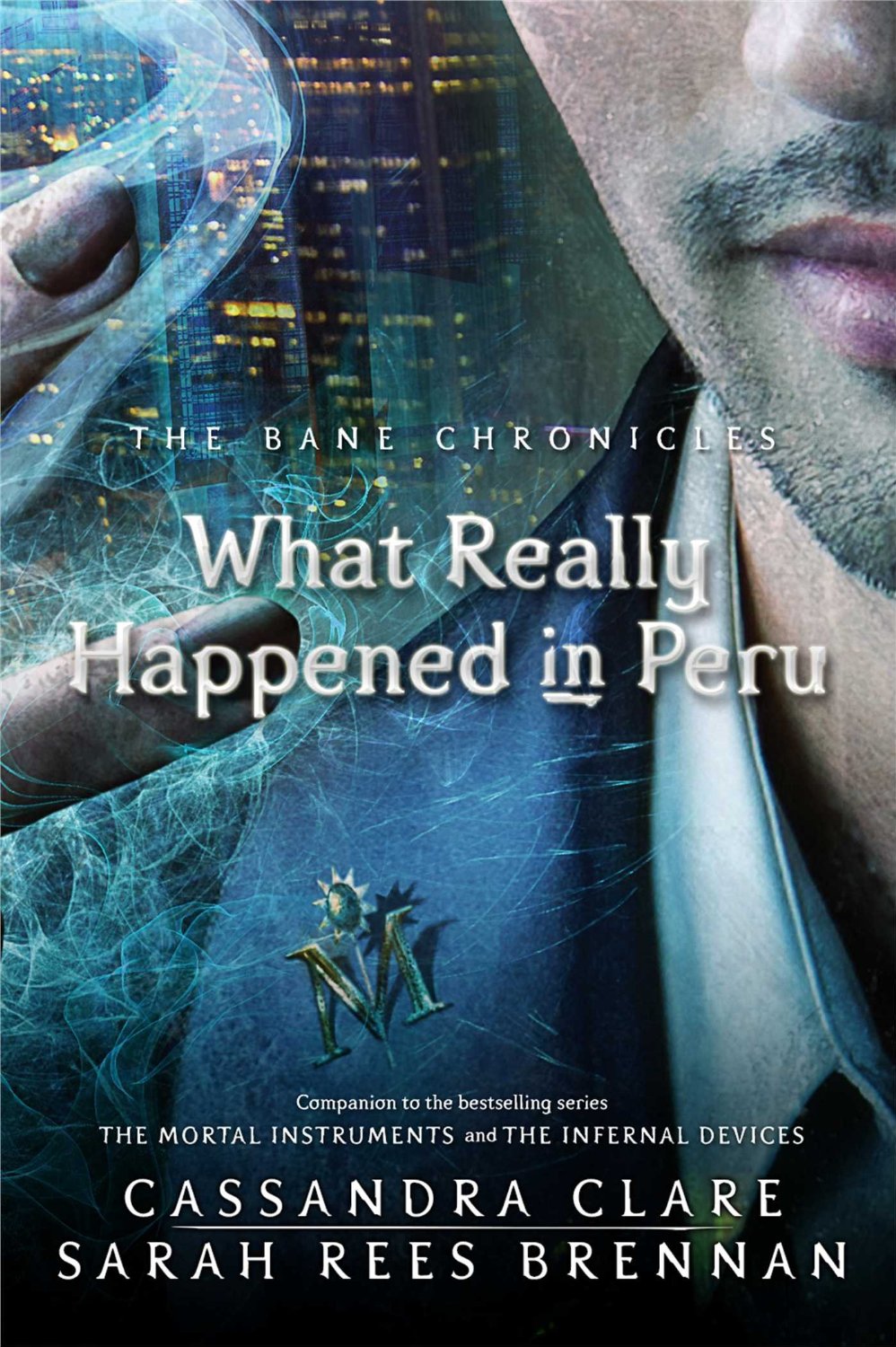 Magnus Bane is a pretty big character in both series. You first meet him in The Mortal Instruments, when he comes to the aid of Clary, Jace and the rest of them, and is the warlock that erases Clary’s memories of her Sight. Then he starts dating Alec. Then as Cassie started to release the Infernal Devices series, you meet him again, in the Victorian age, years before Clary’s time, and he helps out Tessa, Will, Jem, Charlotte and the others and is involved with a lusty vampire by the name of Camille. We’re never really sure of Magnus’s real age, it could be anywhere from 300 years old to 800 years old and he makes odd and random references to his past that leave us dying for more.

And so Cassandra Clare, along with her dear friend and fellow author, Sarah Rees Brennan, decided to write stories about Magnus Bane called The Bane Chronicles. The Bane Chronicles will release a chapter at time over the course of the next few months, starting today (April 16th) and ending with the last story on December 31 of this year (check out the list below).

Eventually all of the stories will be bound together in one print book, but there isn’t any concrete information on that quite yet.

But anyway, the first story that was released was What Really Happened in Peru, where we finally will learn why on earth Magnus is banned from Peru, something he mentions very briefly in the Mortal Instruments series.

Now there ARE spoilers ahead, so if you haven’t had a chance to read it yet, go ahead and skip this part, and check out the future release dates for the next installments and their titles!

I LOVED the first installment of The Bane Chronicles…mostly because they were so absolutely random but so…so…so Magnus. They live and breathe Magnus. This story tells of a few adventures that Magnus has in Peru, mostly with Ragnor Fell, and another warlock by the name of Catarina, who sounds like an awesome character and I hope makes more appearances.

The first adventure takes place in 1791, where Magnus and Ragnor explore Peru, and Magnus gets in trouble with a monkey and then they get a job protecting a ship carrying guano, or bird poop. Of course, only madness can occur. We are informed that this incident is NOT the reason Magnus is banned from Peru.

The second adventure takes place in 1885, so after Magnus’s part in the Infernal Devices trilogy. He’s back in Peru but with Ragnor and Catarina. This story is the shortest and involves breaking into an ancient tomb to acquire a lost treasure. Still no word on what got him banned…

Next adventure is in 1890, with both Ragnor and Catarina again. Magnus has fallen in love with a local musician named Imasu who plays the charango…and of course he’s a black haired, blue eyed man (oh Alec Lightwood). This story is the longest and the BEST. It showcases Magnus falling in love with Imasu and his relationship with the man, and even though I’m a HUGE Malec shipper, you can’t help but ship Magnus and Imasu too. And then after Imasu breaks Magnus’s heart, he goes on a crazy drinking bender and has the craziest adventures ever. He does…he does the craziest things. He enchants a carpet to fly and sets guinea pigs free, and its just fantastic. I was cracking up the entire time while reading this story…and yet…he still isn’t banned from Peru…

The last story takes place in 1962, where Magnus runs into tourists and steals away the girl to go on a sort of Bonnie and Clyde adventure for the summer. Its short, and sweet and just…its just SO Magnus.

I think that’s the best part of these stories. Magnus is an eccentric but wonderful character and he’s just so mysterious and obviously has a lot of history. He casually mentions his past often, doesn’t really tell anyone what his real age is and is just one of my absolute favorite characters in the novel, and one of the favorites of most Shadowhunter fans. Obviously Magnus is old, though we don’t know exactly how old, and he’s had to have experienced a lot and we get a little piece of his random and awesome life.

We also start to get a little bit of his past and the way he is kind of damaged by his parents: his mother, who committed suicide after realizing that she had not had a child with her husband but with something ungodly, his stepfather, who obviously wanted nothing to do with him and his father, the demon, whose identity we don’t know yet but obviously isn’t a great friend of Magnus’s. Its very consistent with the Magnus we get in TMI and TID; we get the charming and funny and sexy Magnus but the complicated one as well.

But, oh, Cassie and Sarah, you WICKED wicked wonderful women, how dare you! The stories end with us finding out that the Peruvian government sends Magnus a letter, saying that he is banned from Peru for “crimes unspeakable” but we don’t know what they are and they remain a mystery!

We still don’t know why he was banned! After all of that, we get to see a ton of Magnus Bane’s adventures in Peru but we still don’t know why he’s banned! What brilliance and poppycock! I think if the stories weren’t so good, I would have been so mad but I just laughed and shook my head, thinking of what clever little girls that Cassie and Sarah are.

All in all, five out of five stars for this first installment and I canNOT wait until the next one comes out, which you can see on the list below!

Release Dates for The Bane Chronicles

What to Buy the Shadowhunter Who has Everything-December 17, 2013

You can read the brief plot hints for each story HERE, on Cassandra Clare’s website. The only one that doesn’t have any hint is the last one, but that is almost to be expected haha.

All of these are ONLY available in ebook format, for Kindle, Nook, Sony eReader, Ipad, etc. If you don’t have any of these, don’t worry! You can download Kindle or Nook apps for literally any device, including just your regular ‘ol computer! So everyone gets the chance to be able to read it! Yay!

For those of you who have read it, what did you think? Did you like it or dislike it? What do you think really got Magnus banned from Peru? Was it something in the stories or something we may never know about? As always, let me know in the comments!

One thought on “What Really Happened in Peru Review!”