Hello everyone! I am so sorry that I’ve been so MIA lately, adiposity I’ve been working so hard on the sequel to The Awakened that I’ve neglected you a bit! But today I’m here with an awesome spot on Sarvenaz Tash’s blog tour for her brand new book. I absolutely loved this book and I’m so excited to host her here on my blog! 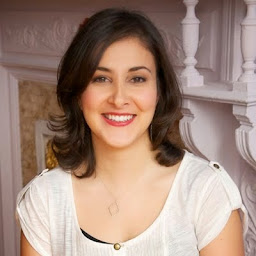 Sarvenaz Tash was born in Tehran, more about Iran and grew up on Long Island, NY. She received her BFA in Film and Television from New York University’s Tisch School of the Arts. This means she got to spend most of college running around and making movies (it was a lot of fun). She has dabbled in all sorts of writing including screenwriting, copywriting, and professional tweeting. Sarvenaz currently lives in Brooklyn, NY.

Definitely add it on GoodReads and order it on Amazon and Barnes and Noble now!

Graham met his best friend, Roxana, when he moved into her neighborhood eight years ago, and she asked him which Hogwarts house he’d be sorted into. Graham has been in love with her ever since.

But now they’re sixteen, still neighbors, still best friends. And Graham and Roxy share more than ever—moving on from their Harry Potter obsession to a serious love of comic books.

When Graham learns that the creator of their favorite comic, The Chronicles of Althena, is making a rare appearance at this year’s New York Comic Con, he knows he must score tickets. And the event inspires Graham to come up with the perfect plan to tell Roxy how he really feels about her. He’s got three days to woo his best friend at the coolest, kookiest con full of superheroes and supervillains. But no one at a comic book convention is who they appear to be…even Roxy. And Graham is starting to realize fictional love stories are way less complicated than real-life ones.

Check out the Other Blog Tour Stops

Seeing as how Graham’s story takes place at New York Comic Con and all the craziness that goes into it, it only made sense for me to ask Sarvenaz what her favorite con experience has been. Read on to hear her story!

I’ve been lucky enough to get to attend New York Comic Con over the past several years. Naturally, those experiences directly influenced The Geek’s Guide to Unrequited Love (which takes place at NYCC) with some of my funniest and favorite moments directly correlating to moments in the book.

But when I had to think of my absolute favorite con experience the one that came to mind was the one I accidentally happened upon…in a foreign country, no less.

The story goes like this: When my husband and I were coming back from our honeymoon, by a cruel twist of fate, we happened to be booked on a 23-hour, 3-flight trip from Croatia to New York. The first of our two layovers was a 10-hour one in Dusseldorf, Germany. Being a fairly frequent budget traveler, I was no stranger to long, restless hours sitting uncomfortably in airport chairs around the world. (N.B. Sofia, Bulgaria has the worst of them; Amsterdam’s airport was one of the best). My husband, however, wisely suggested we try and get a hotel room in Germany so that we could at least sleep for a few hours before getting on two more flights. Brilliant man.

Not so brilliant was the fact that despite having Wi-Fi for the entirety of our two-week trip, it wasn’t until the airport in Croatia that we realized that maybe we should have booked said hotel. Then again, hindsight is twenty/twenty.

Since the Dusseldorf airport is a huge hub, I figured that it should be easy to grab a room at a nearby hotel. I even saw the hotel as we landed because it was, quite literally, next to the airport. After a quick dinner, we followed the signs for it, ready to call it a night in preparation for our 6 AM flight the next day.

But as soon as we exited the airport, we noticed that there were throngs of people congregating near the front door of the hotel. I caught a glimpse of some leather, and some spandex, but didn’t think much of it.

And what’s when we saw it. The guy who strolled out of the hotel’s front door in a full Starship Enterprise uniform and Spock ears. Immediately, my husband grabbed my arm, glee in his eyes, and asked me: “Do you know what this is?!”

Yup. We had somehow managed to wander into a huge sci-fi convention in the middle of the Dusseldorf airport hotel. And not just any convention: FedCon. Europe’s largest Star Trek convention. We wandered around in a daze as we saw Star Trek and Syfy booths, lots of happy geeks, and a very amused concierge when we asked if there were any rooms still available.

Now, I blame the fact that I was tired and that we had an epic travel day still ahead of us, to me muttering some curses under my breath. Something like: “Come oooooon, geeks. I mean, you’re my people, but seriously?! The Dusseldorf sci-fi convention is today?!”

But while we were waiting for a cab to take us to another hotel (which the concierge graciously provided us the name of), my husband took my arm and said, gently, “I know it’s inconvenient but, seriously, can we just take a moment to realize how amazing this is.”

I looked around at the costumes, let myself soak in the excited chatter taking place entirely in German—which of course made everything sound extra vital—and realized, he was right. It was amazing. Or, more accurately, wunderbar.

And a con moment I will never forget.

Thank you so much Sarvenaz for joining me here on What A Nerd Girl Says and thank you so much for writing such an amazing book! For all of you, make sure to get out there and get your hands on a copy of The Geek’s Guide to Unrequited Love!

Until next time, happy reading!