Everyone has secrets.
Some are buried so deep, their existence is forgotten.
But a secret never told can turn into a lie.
And in love, a lie is one thing:
Poison. 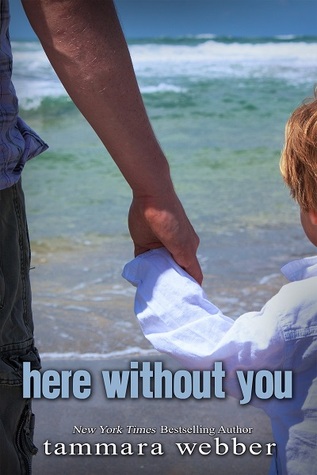 Everyone has secrets.
Some are buried so deep, their existence is forgotten.
But a secret never told can turn into a lie.
And in love, a lie is one thing:
Poison.

Reid’s in love with Dori, though she hasn’t told her parents that she’s fallen hard for the guy they’d forbidden her to see. Now she’s leaving for college, and Reid’s promise not to push her to go public is wearing thin, especially when she can’t – or won’t – return those three important words he wants to hear.

Five years ago, Brooke and Reid were a Thing. That relationship is long gone, detonated amid allegations of cheating – but they still share a secret that would stun everyone they know and alter public perception of them both if it ever comes out. And it’s about to do just that.

This book is currently only available in ebook format. The paperback edition will be released on August 27th, 2013

I was so excited when I found out there was a fourth and final installment of this series. I found these books a couple years ago, when I bought my first Kindle and I was looking for some fairly inexpensive books to read, and I fell in love with them. Tammara Webber created this addictive world of celebrity but also captures the world of being a teenager, in a very realistic way. She doesn’t soften the alcohol, the sex, because she knows its there, especially for those vulnerable teens that are growing up, or are thrust into the spotlight.

The first three books center mostly on the young, gorgeous and talented Reid Alexander, and though there are always other points of view, it focuses on Reid and his transformation. He starts off as a complete alcoholic, focused on parties and sex, and getting into his School Pride co-star, Emma Pierce’s pants. In the second book, he lets himself be convinced by his ex-girlfriend, Brooke Cameron, to be a part of a crazy plan to break up Emma Pierce and Brooke’s crush, Graham, apart, making him even worse than in the first book. In the third book, he crashes his car while drunk and his forced into community service, where he works with Dori and Habitat for Humanity. Without giving away TOO much, if you haven’t read these books, this really is a book that represents a change for Reid, and which leads into the closing of this book.

I wasn’t sure what to expect from this book, because I thought the third book was the end, and I thought it ended pretty well. When I read this book though, and realized the direction that it was going in, I was surprised, but in a pleasant way. Reid and Brooke have their secret from the first books, from when they were together as young teens. They had a child together, and Reid denied it was his and Brooke gave up her son for adoption. Now Brooke wants to find him and what she finds is not what she expected and its about to change Brooke and Reid’s lives, and everyone around them, including Dori.

This book was really close to the heart for me, in many ways. When I figured out what Brooke was doing, and how Dori would react to it, considering Dori’s history (her abortion when she was younger), I just knew that this book was going to suck me in and play with my emotions, just like the others did. Even though the situations that are going on in this book seem out of this world, Tammara has a way of grounding them, and making them incredibly realistic and easy to connect with. She takes this story, and she brings all the characters in, brings them together for the last and final time, and you start to understand Reid, and even more so, Brooke, in this last book.

Brooke has sort of been an enemy character in the other books, and in this book, I find myself rooting for her, once you really start to see into her own head, and once you see the remorse she feels for the mistakes she’s made. I really like that we finally get to see this part of Brooke. You know that Brooke is not this evil, unfeeling, gorgeous blonde, you know? Reid talks about her in previous books when she was a young, sweet, Southern girl and you know that there is still that girl inside of her, lost to years of heartbreak and life on the screen. I was so pleased to finally get inside her head, and in the situation she was in. Giving up a child for adoption and wanting to know if he’s okay, and becoming obsessed with it, it just grabbed me so fast. I had to know what happened next, and how it all wrapped up.

I also loved that Emma and Graham appeared for a bit, though I won’t tell you in what context, because you need to read the book for yourselves! Emma and Graham are so important from the first and second books; they are two of my absolute favorite characters, after Reid and I was glad to see them make a little appearance.

Tammara takes what could have been a complete trilogy and makes a perfect foursome. She creates a believable story between Reid and Brooke that seems necessary to the development of the story and to the lives of these characters. Its very compelling and it really humanizes these characters. Reid and Brooke are extremely famous celebrities, actors, and Tammara never lets us forget that, because its huge, its important in their lives. But the sort of thing that brings them together and creates the entire book, it really makes them real. You forget that they are Brooke Cameron and Reid Alexander. You really do. And that’s what makes this a brilliant book.

I know that this was a super vague and ridiculous review but I don’t want to give anything away. As the book goes on, you learn more and more and its so incredibly addicting and you’re not sure which direction this is going to take, and you can’t help but be glued to the pages. I don’t want to say too much because I want to give you that experience. She takes you through a very emotional journey and when my Kindle died and wouldn’t charge and I had to read the book on my tiny phone screen, I did it with pleasure because I could not stop reading. You won’t be able to either.

One thought on “Here Without You by Tammara Webber Book Review”