Hello friends! Happy Thursday! Today has been a great day for me and part of that is watching the newest episodes of Obi Wan Kenobi and, of course, Ms Marvel. I’ve been eagerly awaiting each new thing when it comes to Ms Marvel and am so excited for this show. Tomorrow, the husband and I are heading to Disneyland and California Adventure to play in the parks (since we are most often there just for work) and my GOAL is to find Ms Marvel, the character, and take photos with her and to check out the props from the show that are in the Avengers store!

Let’s jump into this week’s episode, shall we?

Guys I’m still absolutely loving Ms Marvel so far and maybe that’s because I’m a little biased and I love Ms Marvel and Kamala Khan as a character but maybe that’s also why my opinion might matter a little more? Yes, the show is different from the comics and the criticism I do see – which is, fortunately, not a ton – does tend to lean toward the fact that its not like the comic. I do feel like I need to remind people that the MCU movies and shows we’ve grown to love over the past decade and change are very different from the comics as well! They take major elements, sure, but there are major differences! I read a lot of the comics, mostly for female characters, and they are different and that’s okay. I see them as all sort of coexisting together but also as separate entities. That’s the way I approach Ms Marvel and I think it’s a big reason why I’m able to enjoy it so much. 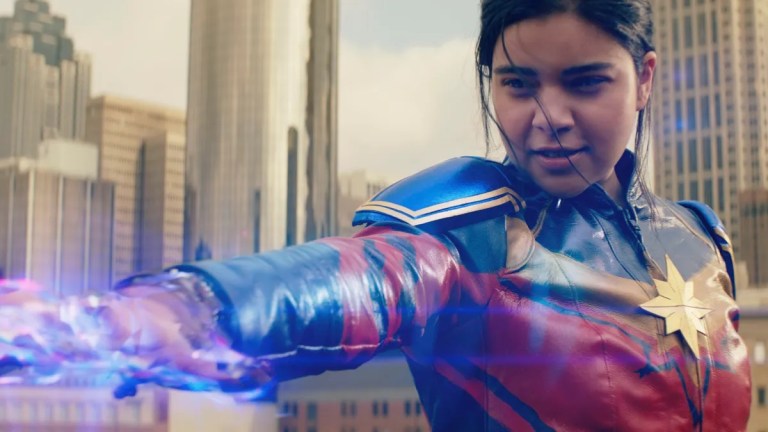 This week’s episode gives us a Kamala who has just learned she has powers but doesn’t quite know what to do with them or even really what she can do. She tests out the powers she knows from the Avengers, including the ability to talk to ants, which is hilarious, and she has her bestie, Bruno, along to help her test things out. It’s totally hilarious and absolutely relatable. The show continues to be familiar and lighthearted and very fun and fresh and I enjoyed watching her figure out her powers the way that a teen superhero would figure out their powers.

I also really appreciated the way they weave Kamala’s culture into the story. I think its so incredibly important and not just because its going to be important to Kamala’s story and the bangle and why she has powers and what this alternate dimension she keeps sort of disappearing to. I think it’s important to just normalize other cultures in media and the things that are important to them, like Eid. It’s wonderful to see that kind of thing. It’s not something I can personally relate to, being Latinx and not Pakistani, but I know that the culture they are putting in this show is going to be important to those who are of similar cultures. I do also like that Kamala’s culture is going to be integral to her powers and what they mean. Or at least it seems to be going in that direction.

I also am super interested in Kamala’s friend, Nakia. I think she’s going to be a lot more important that she has been so far. At this moment, she is completely unaware of Kamala’s powers or any of that but I have a feeling that won’t last forever, considering the closeness between the two. But I also like that she has her own story of running for a spot on the mosque’s council and wanting to change things for the women in their group. I think that it felt like a natural part of the story and I’m definitely involved on seeing where it goes. I have a feeling Kamala will play a larger role in this too. 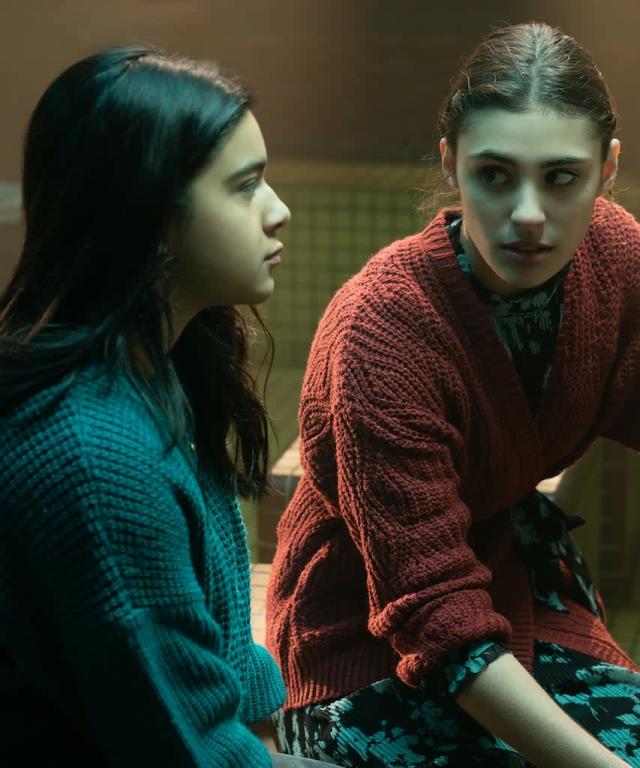 What really caught me in this episode was Kamala’s family and what this might mean for future episodes and for what is going on with Kamala and her powers. I already kind of talked about it with her culture but I think it’s going to be hugely tied to family and I think that her mom is going to play a huge part in that and I really like that. I was talking to a coworker about that and he didn’t really like that, didn’t feel like it fit with the comics, but I think its super interesting and that it makes for a deeper, more meaningful story to give Kamala a background that is more than just a serum or a radioactive spider or an infinity stone. To make it more familial, to make it part of her history – I think that’s deeper and I like that. I like that they’re connecting it with the culture but also the history. I’ve seen a lot of people talking positively about the mention of the Partition in the show and I think that’s a good thing. 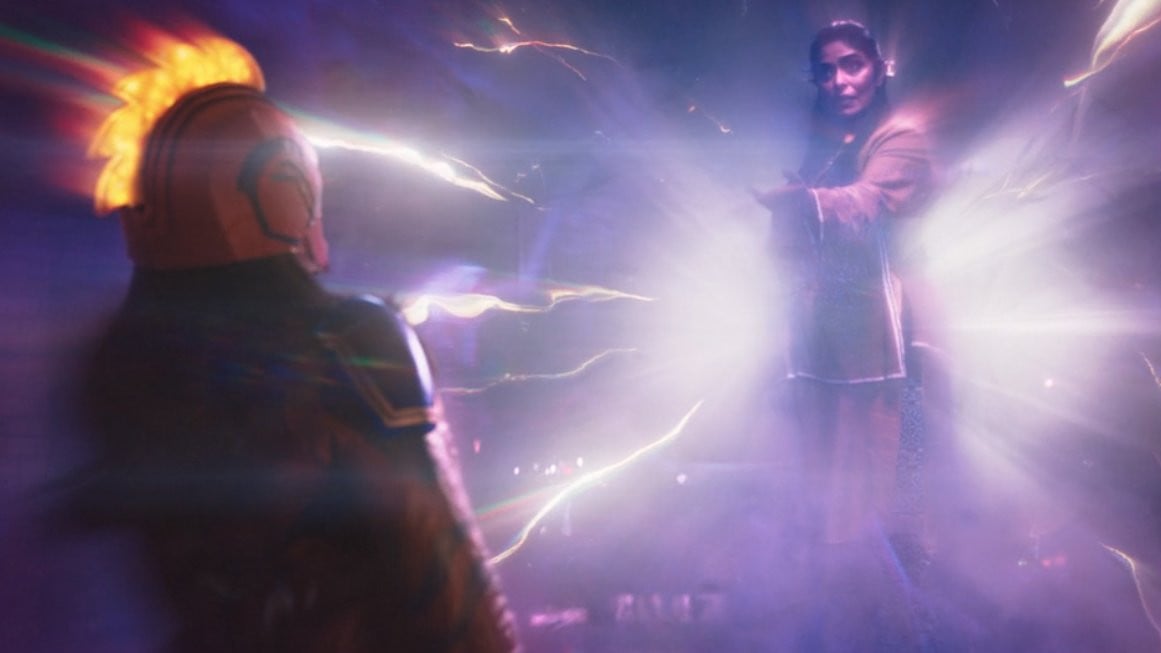 I’ll admit, even as a person who went to college for history, my knowledge on what the Partition was and the impact it had and the devastation it had was very minimal. I did some reading up on it after I watched the episode to give myself a better understanding and I, too, think it’s great that they brought that into the story. It’s bringing more history into our stories, and history that perhaps a lot of people don’t know and I think that’s incredibly important. We can do stories with Hitler a million times but bringing in the lesser known histories of other countries is so incredibly important and I appreciate it. I also, again, think it will have a strong connection to Kamala’s story.

After all of that though – I just like Kamala so much. She’s so real and relatable. She is an every day person, not particularly special but that’s what makes her so special. She’s not a super soldier or a genius billionaire or an assassin or any of that. She’s just Kamala, a teenager from New Jersey, who has powers and has to figure out what to do with them. Toward the end of the episode, when she saves the kid from falling to his death during the Eid event, she makes a total mess of it. I mean, she does save him but with a lot less finesse than you would expect of a superhero and I actually really appreciated it. I like that she’s sloppy and a teenager and doesn’t have a grasp on things and totally doesn’t know how to be a superhero. It makes her way more interesting and more likable and I just…guys I love her! I feel like she’s the kind of girl that I’d want to be best friends with and that’s what makes her show so good.

The style of the show is also still so cool and I don’t think I’ll ever get over it. I love the movement that is created in the background with texts and feelings and conversations, like a comic book and I just love the style in which the show is made. Its so visually FUN to look at and that is just another reason why I’m enjoying it so much.

I can’t wait to see what next week’s episode brings. Kamran, a cute boy that Kamala totally falls in love with, seems to be a normal guy until he rescues Kamala from the DODC agents and we learn that his mother, who he spoke about briefly before, is definitely more than we expected. I love a good cliffhanger and that definitely was one. I’m not at all sure where this is going but I’m so very excited to see what happens next!

WHAT DID YOU THINK of the second episode? SHARE YOUR THOUGHTS IN THE COMMENTS!