I just watched episode four of Obi Wan Kenobi. It is fresh in my mind and I have thoughts but not many. This one might be a little shorter than my previous recaps. As always, there will DEFINITELY be spoilers for the episode. My book reviews? Spoiler free. My TV and movie reviews? NOT spoiler free. 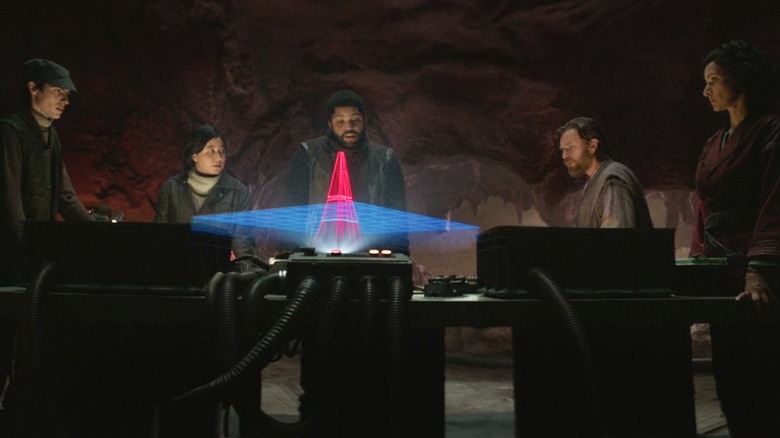 The episode picks up where we left off last week – Obi Wan, injured from his encounter with Darth Vader, picked up and rescued by Tala and what I assume are other members of the Path, the underground movement to save Jedi and Force sensitive beings from the Empire. Leia is picked up by Reva and taken into custody.

Leia is immediately interrogated by Reva on the whereabouts of the Path and what she knows about it. Obi Wan immediately forgoes treatment on his burns and demands that a rescue mission go forward to get Leia from Reva’s clutches. Tala is the only one willing to risk it and decides to go with him to save her, and she has the advantage of having clearance, working with the Empire as a spy.

Honestly, I feel like this episode was…okay. Not much happened that hasn’t already happened. No new revelations, no new information, nothing like that. It’s Obi Wan rescuing Leia again, which was already a plot point in episode two of the series. We do get to see a little more lightsaber action from Obi Wan again, which is nice, and even a little force action too, as he uses it to keep water from drowning them all. I think we see a little more of the Obi Wan we grow to know in the prequel trilogy but I do like that Tala recognizes, as the audience does, that he has a long way to go to becoming the Obi Wan that we meet in A New Hope.

I really enjoy Tala as a character, a woman who worked for the Empire and turned against once she truly realized what they stood for and what they really were about. I like that she stuck with it anyway because she knows the advantage it gives her to help people. I have read of spies in the Empire in books but its nice to see them on screen as well and I just love Tala. I do hope we get more of her as a character. Indira Varma is excellent – I loved her so much in Game of Thrones – and I’m enjoying her thoroughly in Star Wars.

What really stood out to me in this episode was that they are absolutely building Leia into the character we see in A New Hope, the young senator, the young rebellion leader, unwilling to give up the location of the Rebellion’s secret base. She’s only ten years old and yet she is brave and strong and Reva is super intimidating. This is exactly the Leia we know – strong, loyal, unwilling to bend. I swear, I wanted to cry, watching Vivien as Leia be defiant, sarcastic, sassy and strong with Reva because it just felt so reminiscent of Carrie as Leia being defiant, sarcastic, sassy and strong with Tarkin. I enjoyed it so much. I grow to like young Leia more and more through the episodes. More and more she is connected to older Leia and I love it.

I will say – this show is not holding back when it comes to the atrocities that the Empire commits. Darth Vader kills a child with no thought or remorse in the previous episode. There is the planned torture (before Obi Wan interrupts) of a child, of Leia, because she wouldn’t give Reva the information she wanted. It doesn’t surprise me – this is the Empire we’re talking about – but I feel almost…like, I like that they don’t hold back. They don’t sugarcoat it. The Empire is bad. The Inquisitors are bad. The Emperor and Darth Vader are bad. They would torture a child to get information.

I also do like that we get to see bad Darth Vader again. He’s such a badass villain and we don’t get to see nearly as much of that as I wish we did. Of course, I do love the redemption arc for Anakin Skywalker, of course, I do but there’s just so little of Darth Vader being ruthless and its one of the reasons I loved Rogue One – we get an absolutely ruthless Darth Vader. We’re getting that in this story as well, with him setting Obi Wan on fire, with him choking with the intent to kill Reva and so on. He’s ruthless and he makes for a scary and formidable villain and I like that. It reminds me of watching Star Wars as kid. 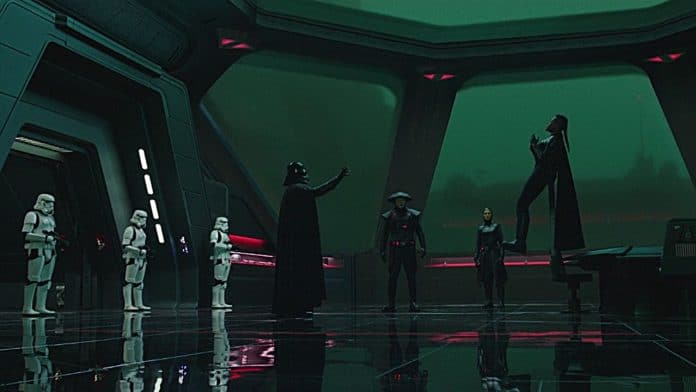 All in all though, I felt like there wasn’t a ton accomplished in this episode. The season is only six episodes long and it’s sort of like…well what’s happening here? What’s the point? Is the point the Path? Is the point the dead Jedi that Obi Wan finds? Is it just getting Leia back to her parents? I’m not mad at any of them, I’m just curious to see what happens next and what we’ll see in the next two episodes. I feel like the importance, what the show is really about, the real big THING, has yet to come and I felt like it might be in this episode but it wasn’t. So I’m excited for next week, I can’t wait to see what happens next week and to see what all of these little build ups build up to.

WHAT WERE YOUR THOUGHTS ON THIS WEEK’S EPISODE? SHARE IN THE COMMENTS!