This Memorial Day weekend has been a celebration of all things Star Wars. The 25th was the 45th anniversary of the first movie. Friday night, Daniel and I went to Star Wars night at Angel Stadium and the iconic convention, Star Wars Celebration, took over the town all weekend. I went back in 2015 and it was some of the best memories ever. I wasn’t able to go this year, just couldn’t afford it after the wedding, but I definitely had FOMO all weekend, especially with all the crazy announcements coming out.

It’s okay though. Because there was something for all of us that couldn’t be at the convention and that was the highly anticipated premiere of the Obi Wan Kenobi television show. 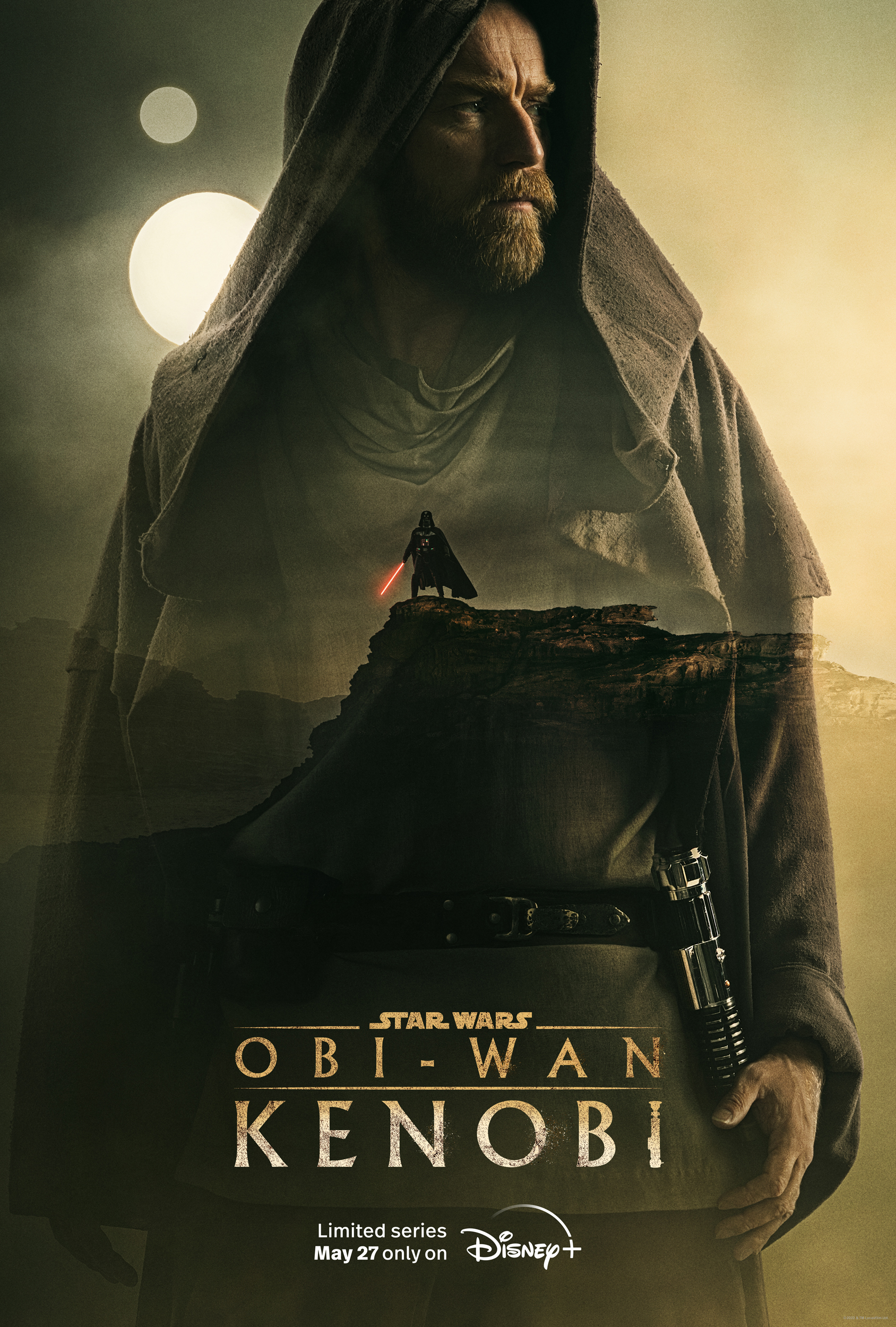 I’m going to say RIGHT NOW – this is a blog post chock full of spoilers and they’re going to start now! I managed to avoid them for the first 36 hours the show was out, before I was able to watch them and I want everyone else to avoid the spoilers too!

First off, the show starts with a recap of the prequel trilogy and guys, it was so beyond nostalgic. I grew up watching the original trilogy, of course, but the prequel series came out from 1999 to 2005, so from when I was 11 to 17. It was seriously emotional!

The show also began with a much longer, more graphic and heartbreaking scene that showed Anakin and the Troopers killing the young Jedi children. I think it would have been rough to watch, regardless, but just days after the absolute tragedy at Robb Elementary. A lot of fans were calling for a content warning and I don’t think they were totally wrong about that. I’m not sure if they have added it since then but it was definitely super rough to watch children being slaughtered just after an elementary school shooting. 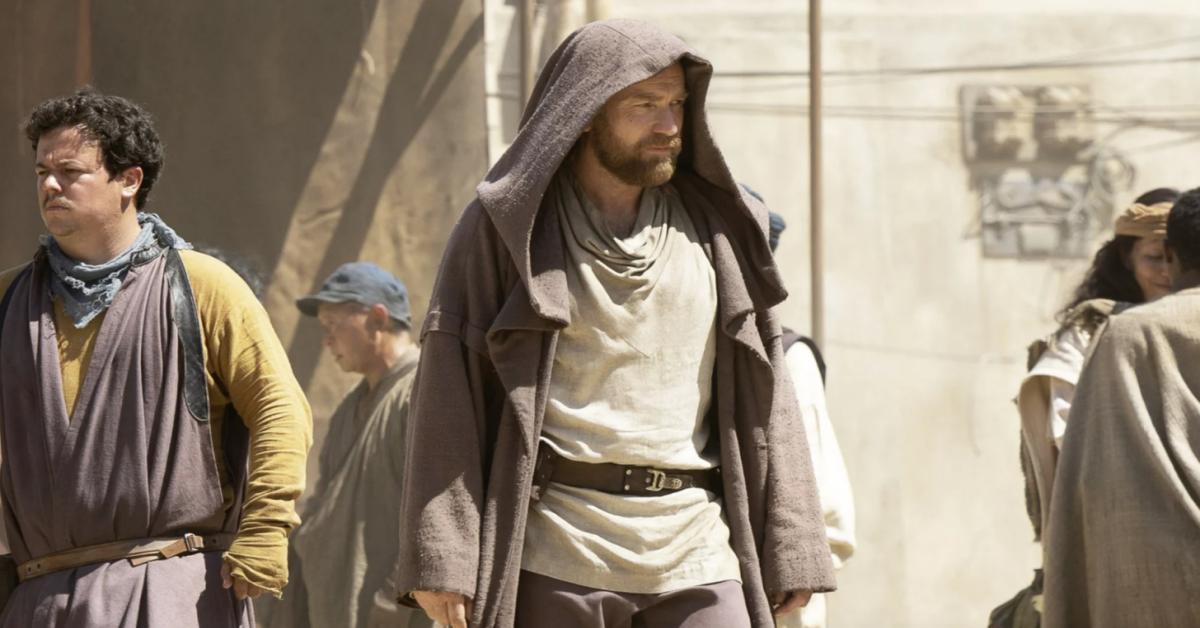 One of the first things I really noticed as I watched both episodes was how GOOD it looked. It really felt like they took what was best about the original trilogy and the prequel trilogy and made it mesh. It looks like Obi Wan from the prequels but we can see where it’s going. It looked brighter and newer than the original trilogy (which makes sense since we’ve come a long way since 1977) but also it still looks and feels like it. I think not having an abhorrent amount of green screen helped with that, I’ll be honest. I kept just being blown away at how it looked.

I’m not entirely sure what I thought this show was going to be. I had maybe ideas or theories. I knew Hayden Christensen came back to play Anakin/Darth Vader and Joel Edgerton and Bonnie Piesse both returned as Owen and Beru Lars. But I really couldn’t figure out what it would be. 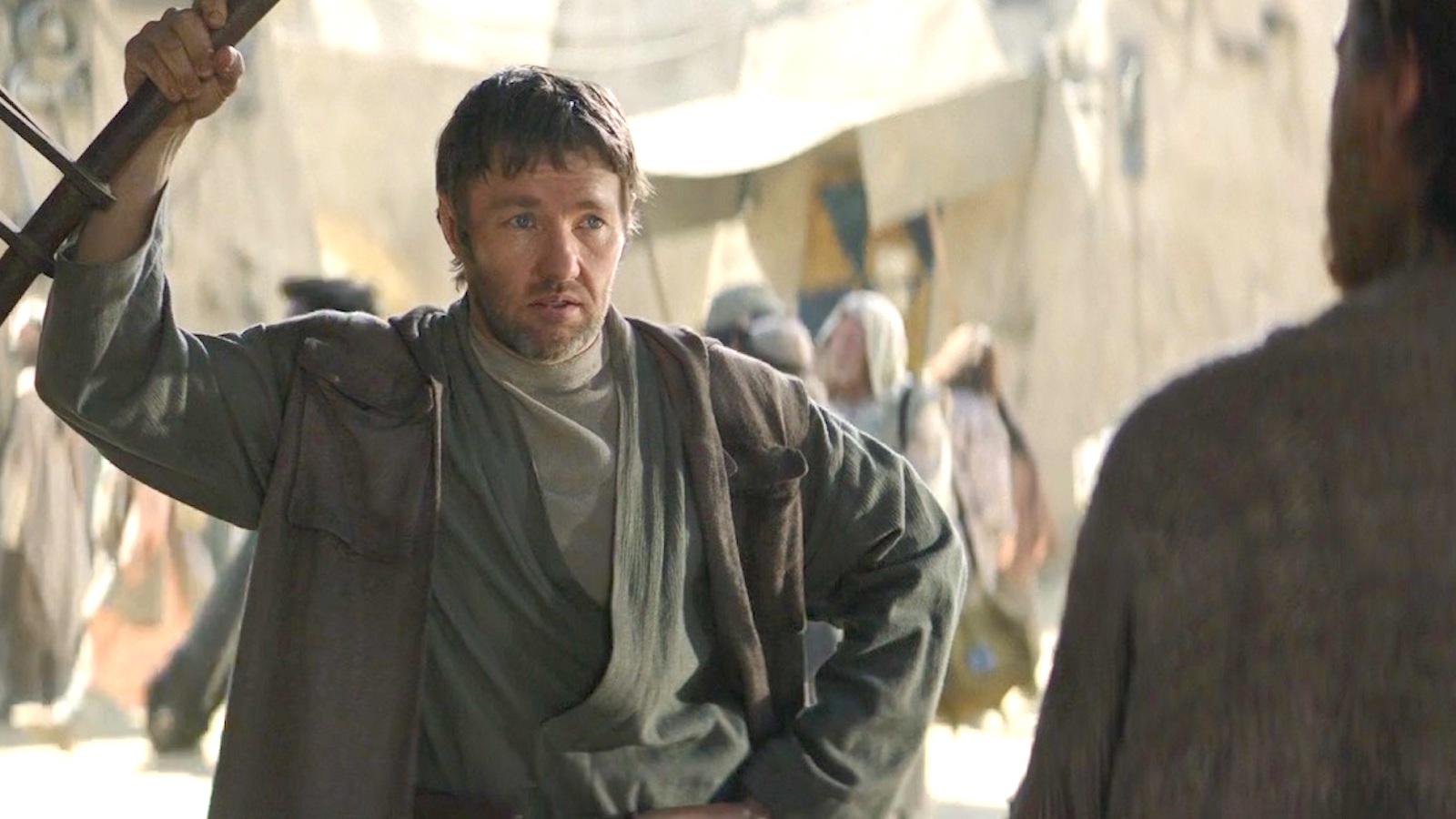 The show takes place ten years after the events of the Revenge of the Sith. Things felt a little familiar to me, because of the things we see in my favorite Star Wars show, Rebels. Inquisitors are traveling the Galaxy, tracking down Jedi of all ages to exterminate. This obviously presents a problem for Obi Wan, as one of the most recognizable Jedi Masters out there. It also presents a harder task for Obi Wan to protect young Luke Skywalker (total squeal when they briefly show him!) and eventually train him to be a Jedi.

So here I am, thinking, okay I think I have a handle on what we are going to be focusing on. Obi Wan has to hide from the Empire, from those hunting down Jedi, and blend in and yet protect Luke and train him when it’s time. All with dealing with the absolute trauma he has from losing everything he’s known. When Reva, an Inquisitor hell bent on finding Obi Wan, tells him that Anakin is still alive, as Darth Vader, the look on Obi Wan’s face KILLED me. Their friendship, their brotherhood was always so well done and you know, that even ten years later, Obi Wan is so heartbroken.

But then. BUT THEN. Oh my heart. If you know me at all, if you know who I am as a Star Wars fan, you know who my favorite is, who I’ve worshipped and looked up to since I was a small child.

Ten year old Princess Leia might be my new favorite thing on the planet.

I had no idea that she was going to appear, that she would even be on this show. I’d fully expected that Obi Wan had just never left Tattooine, the way Yoda never leaves Dagobah. The idea that he would cross paths with a young Leia…I could have never predicted that.

The show continues with Leia being kidnapped. The idea is that she is a princess, the daughter of very important people, but we soon learn it’s done because Reva knows this will drive Obi Wan out of hiding because she knows Bail Organa will ask for his help. And despite his reluctance, he does. I actually loved this part because Obi Wan repeatedly refuses to help, saying he needs to stay on Tattooine to protect Luke and Bail, like the badass he is, tells him that Leia is just as important as Luke. Not only did I punch the air with a resounding YES but I also literally said “she’s just as important” as he said it and it was hilarious haha.

I absolutely adore young Leia. I cried a little – okay, a lot – thinking of how well Vivien Lyra Blair played a younger Leia and how I wish Carrie could have seen it. She was so sassy, so intelligent, so brave, so independent and outspoken. She is everything Leia has always been but we get to see more if it and I’m beyond happy about it. I loved when Obi Wan found her and she didn’t believe him because she’s stubborn and ran from him and totally made Obi Wan’s rescue that much more difficult. When they do eventually begin to work together, I really enjoyed their banter and I can’t wait to see more.

The story so far seems simple and yes, a bit of a formula from Star Wars properties. But I do think if it works, it works. I think Obi Wan still has so much more potential as a character and knowing what he is up to for twenty years is incredibly interesting. I think there is a lot to the character and I’m excited to see how the show explores it all. There’s just so much there. And knowing that Anakin will be part of the show in some capacity has me really excited to see what emotions are explored there.

I think the first two episodes were a strong start to me. I enjoy Reva as a villain – she reminds me of the villains in Rebels and her obsession with Obi Wan will drive the story for sure. I’m excited to see more of Luke, and how the two of them interact years before A New Hope and I’m interested in seeing the dynamic of Owen and Beru with Obi Wan. I’m excited to see what happens with Obi Wan and Darth Vader. I’m really hopeful that we do get more of Leia and her parents and Alderaan but I’m also biased because Leia is my favorite. I also might’ve loved the first two episodes as much as I did because of her. 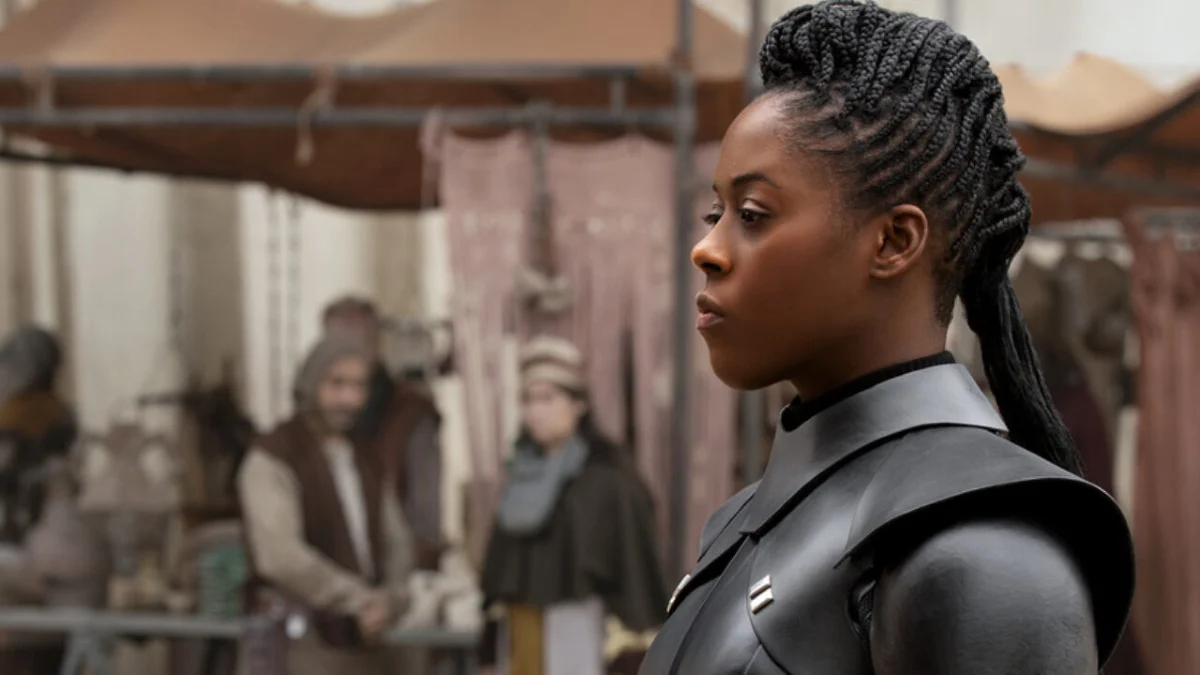 Either way – I’m already very excited for more episodes and I will be doing myself to recap and share my thoughts as they come out. I was fairly uninterested in the last Star Wars show – Boba Fett – so I’m excited that this one caught my interest more. I’m definitely hoping to share as the episodes come out but I also have Ms Marvel coming out SO soon so you’ll be hearing from me then too!

Have you watched the first two episodes of Obi Wan Kenobi yet? I hope so, since this post is all spoilers!! Share what you think in the comments!