In just about a week, I’ll be heading up to Seattle for my birthday and I’ve never been up there before. In fact, I haven’t been on an airplane in about…12 years? So I’m very excited. One of the days we’re up there, we’ve decided to rent a car and take a drive to Forks, WA to live out my Twihard dreams. Because I’m super in that mood right now, I decided to reread the first book and here’s my first official review of it, EVER.

Isabella Swan’s move to Forks, a small, perpetually rainy town in Washington, could have been the most boring move she ever made. But once she meets the mysterious and alluring Edward Cullen, Isabella’s life takes a thrilling and terrifying turn. Up until now, Edward has managed to keep his vampire identity a secret in the small community he lives in, but now nobody is safe, especially Isabella, the person Edward holds most dear. The lovers find themselves balanced precariously on the point of a knife-between desire and danger.Deeply romantic and extraordinarily suspenseful, Twilight captures the struggle between defying our instincts and satisfying our desires. This is a love story with bite.

Because I’m heading up to Seattle in just TWO weeks and we’re doing an entire day trip to Forks to get my Twihard on, I have been in a serious Twilight mood. I binge watched the movies just a couple weeks ago when I was in bed, sick. Then I read this brand new book coming out in April, Crave by Tracy Wolff, that gave me some serious Twilight vibes and I’ve just been in a cheese-tastic vampire romance mood and I decided it was time to reread Twilight because it had admittedly been awhile. I think the last time I read it was in 2015, when it was the 10th anniversary and I met Stephenie Meyer and she was legit one of the NICEST authors I’ve ever met, even with all the fame. Seriously. SOOOO blown away by how insanely nice she was. 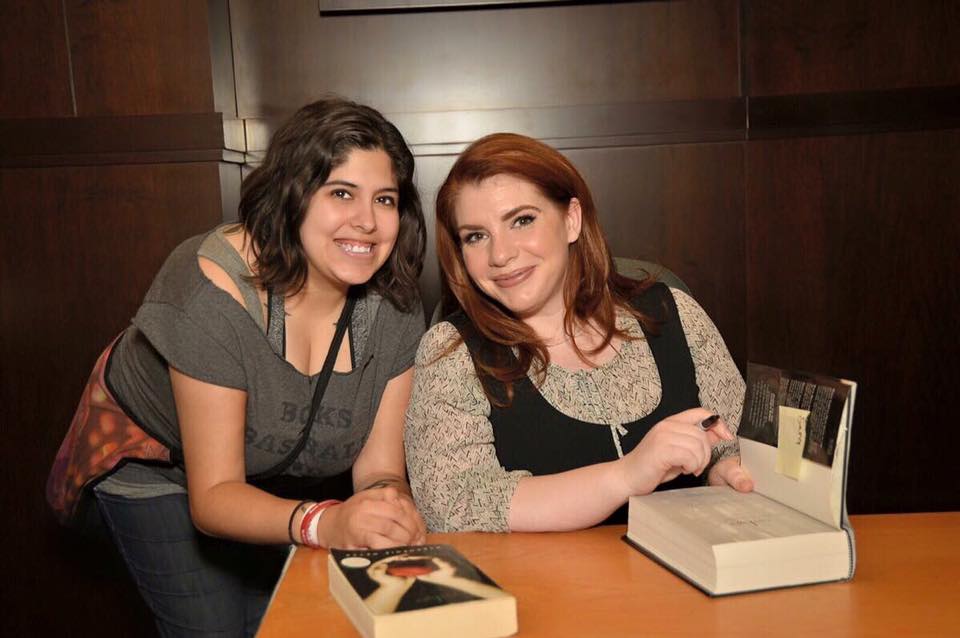 Anywho, I’ve been in a Twilight reread – I’m currently writing about book one but I’m actually in the middle of book three right now because that’s just the kind of mood I am in right now.

And here’s the thing – I feel like I’ve gone in stages with my love for Twilight. When Twilight first came out, I was a senior in high school and really beginning to discover my love for YA. Before that, I was hardcore addicted to Meg Cabot, Sarah Dessen, Tamora Pierce but I was slow to get into other YA mostly because I am terrible with giving books back at libraries and I didn’t have money for my own books until I got my first job in high school and Twilight was definitely one of the ones that I bought. And I loved it, consumed it, became a Twi-hard so fast that I was determined to find my own Edward Cullen. Gag. But still. I loved it.

Then the craze happened in…2008ish? When the movies came out, I became THAT girl, who was too cool for Twilight. It took some years to come back and recognize that…I do still love it. Its my sick day guilty pleasure. And YA is my life and YA wouldn’t exist without Twilight, hands down.

As an adult now, at nearly 32, (one week to go!), I fell in love with it again. Is it amazing writing? Not really. Is the dialogue really great? That would probably be a no again. Is it super unique and life changing? I wouldn’t say so. But is it fun and entertaining and I just enjoy it. Sure, sometimes the things that Edward and Bella say to each other makes me want to gag because I’m 32 and that’s SOOOO not how love and relationships work but honestly, its just…its fun and entertaining and yeah, Edward can be a little creepy with the whole watching Bella sleep thing but like…it IS romantic.

I also will say that I like the mythology that Stephenie brings in to it. I’ve always said that – I think that she does a great job of giving the vampires and, later on, the werewolves great history and great stories and myths. Even each of the vampires in the Cullen family have these great backstories, especially Rosalie and Jasper, though we don’t get those until Eclipse. I just…I think that she had a lot going for her with that and that it sometimes gets lost in the romance of the book and that people don’t even see what she’s writing in the background because of that. I think her world building is done actually really well and I’m impressed by it, even now.

I will also say that…I think the real reason that Twilight resonated with so many people is because Bella is supposed to be so ordinary and so familiar. A lot of people make fun of the character for that – saying she’s boring, not special, etc – but I think that’s why I liked her at 17/18 and still like her at 32. Every bookish girl out there – hell, any teenage girl out there – has felt like that in her life, like she wasn’t special or anything. I think there’s a line in one of the books that says something like…you don’t get trophies for reading or something and I remember being like, YES, I FEEL THAT. Bella can be felt and related to a lot more than a lot of characters. I’d like to relate to Katniss but I can’t hunt or shoot a bow and I’m not the leader of a rebellion and I’d probably cry if I was in the Hunger Games. And so on. Bella relates to everyone because she’s just…an ordinary person. And I like that and I still like that.

All in all, I think this book does stand the test of time. Its been 15 years since it came out and I still totally love it. Its not the best written book but the story is good, the characters are easy to love, it has a good romance and the main character is someone that I can still relate to at 32 years old as easily as I did when I was 17. This book means a lot to me, as a writer and a reader and a blogger. I don’t think I’d be the person I am without Twilight and I also don’t think YA would be the same without it. I know plenty of authors who finally felt like they could write and publish a book because a book like Twilight existed.