When tragedy strikes Michele Windsor’s family, she is forced to move from Los Angeles to New York City to live with the wealthy, aristocratic grandparents she has never met. In their historic Fifth Avenue mansion, filled with a century’s worth of family secrets, Michele discovers the biggest family secret of all – an ancestor’s diary that, amazingly, has the power to send her back in time to 1910, the year it was written. There, at a glamorous high-society masquerade ball, Michele meets the young man with striking blue eyes who has haunted her dreams all her life. And she finds herself falling for him, and into an otherworldly romance. 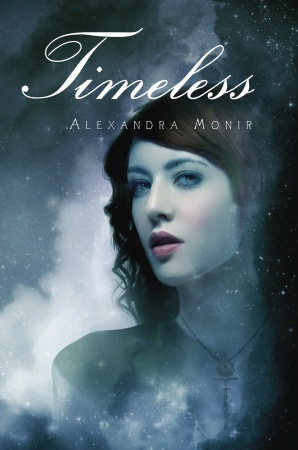 Yes; the sequel, Timekeeper, was released in 2013

When tragedy strikes Michele Windsor’s world, she is forced to uproot her life and move across the country to New York City, to live with the wealthy, aristocratic grandparents she’s never met. In their old Fifth Avenue mansion filled with a century’s worth of family secrets, Michele discovers a diary that hurtles her back in time to the year 1910. There, in the midst of the glamorous Gilded Age, Michele meets the young man with striking blue eyes who has haunted her dreams all her life – a man she always wished was real, but never imagined could actually exist.And she finds herself falling for him, into an otherworldly, time-crossed romance. Michele is soon leading a double life, struggling to balance her contemporary high school world with her escapes into the past. But when she stumbles upon a terrible discovery, she is propelled on a race through history to save the boy she loves – a quest that will determine the fate of both of their lives.

I met Alexandra just a few weeks ago at the Girls Gone Sci-Fi event, the last time I was in my favorite book store, Mysterious Galaxy. They sadly closed their doors just a few days later (RIP) but I’m glad I was able to attend that last event there and meet some great authors.

I had never read anything by Alexandra before, so I immediately bought Timeless, and the premise of it sounded so fun, and I knew I had to read it.

I loved the premise of the novel, and the history that was brought in. I think that’s what made me so compelled to read it in the first place. I LOVE history. I love old times, and I loved learning about what it was like, and what people wore, and what politics were like. I really should be an American Studies major or something because I’d probably love it all. Anyway…I loved the idea of traveling back in time and I loved that Michele was able to connect back with her mom through her ancestors. It was beautiful, and I loved all the women in the past that she met. It kind of felt like…you knew all these girls were family. They were all feisty and bold and clever and I really grew attached to all the girls we met in Michele’s travels to the past.

I also adored Philip as well. While he seemed to be a little too perfect, sometimes that’s exactly what we need in a love story like this. Michele and Philip are starcrossed lovers, stuck in two completely different time periods, unable to really be together. Its tragic and so a perfect Philip didn’t feel wrong. I loved his strength and his musical ambitions (I’ve been dating a musician for nearly seven years…I have a weakness) and there’s just something about a guy that plays the piano…

The thing about this book boiled down to one really important thing: I wanted more. I loved the idea of it, I loved the drama of it, I loved both of the characters, but I felt like I just needed more. More detail. More story. I wanted it to be longer. It just felt insanely rushed to me. I felt like the two main characters fell in love really quickly and maybe I’m cynical or something but I was like, whoa, why are they in love so fast? It threw me off. I really wanted the characters to spend some time together. I really loved the inclusion of various family ancestors, and I loved that Michele was exploring the past and doing amazing things but I really wanted more.

The truth is, I didn’t get massively caught up in the story until the end, when Michele was sort of racing through time, trying to find Philip again, and we end with a cliffhanger. That cliffhanger actually kind of made me get all anxious. I hate cliffhangers in that I love the way they make me feel. They make me feel anxious and excited and like I’m suddenly going to burst into a panic attack or something. That’s when I really was like, whoa, wait, but what happens next? So while I felt the story of Michele and Philip felt massively rushed, I’m eager to see where it continues in the sequel and hopefully I’ll be getting my hands on that soon!