Today’s Waiting on Wednesday post is a sequel that I honestly was surprised but delighted to hear was happening. Its the sequel to one of the weirdest books that I’ve ever read in my life and a book that I’m still waiting for Edgar Wright to make…maybe…one day… 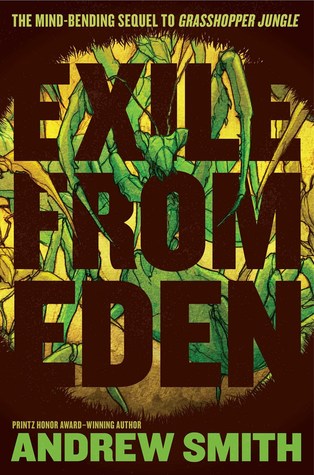 All he has are mysterious letters from Breakfast, a naked, wild boy traveling the countryside with his silent companion, Olive. Together, Arek and his best friend Mel, who stowed away in his van, navigate their way through the ravaged remains of the outside world.

This long-awaited sequel to the irreverent, groundbreaking Printz Honor Book Grasshopper Jungle is stunning, compelling, and even more hilarious and beautifully bizarre than its predecessor.

The first ever book that I read by Andrew Smith was Winger – a book that was both hilarious as hell and heartbreaking as hell. But it seemed like fairly normal book, as normal as it would be to live inside the mind of a 14-year-old boy. It wasn’t until I started diving deeper into his catalog that I realized that Andrew’s books are weird – but in the best way possible. They always make me laugh and they always make me go what the actual FUCK is happening here haha. When Grasshopper Jungle came out and I read it, I was just…blown away at how great it was, how weird it was and how different and funny it was. I never expected there to be a sequel and now that its finally here – GJ came out in 2014 – I am so excited to read it. I can’t wait to get my hands on it to be back in the weird and bizarre and to see what has happened to the world since the end of the last book!