Today, I made a good bowl o’ brown from one of my absolute favorite shows of all time, Game of Thrones

I love to read about food in books and I love food in movies and TV shows. I’ve always wanted to try making them but I’m honestly a terrible cook – I rarely make anything without heating something up easily in the microwave or the stove. I am not nearly as creative as some of the amazing people on the internet who come up with some amazing fictional food recipes! So I decided to approach it from a different angle – I would find recipes for some of my favorite food in fiction and try them out and share it with you! Are they easy? Are they doable? Did I mess up? Did it taste good?

And, of course, I’ll always give credit to the recipes that I tried!

Now let’s be real. When the Flea Bottom bowl o’brown is described – it doesn’t immediately sound that appealing. Usually made with whatever they can get their hands on, like pigeon. Its meant to fill a belly up as best as it could and nothing more. This is the poorer part of King’s Landing and they eat poorly.

Still, I wanted to try and make my own Bowl o’Brown.

I took my recipe from Fictional Food. You can read their recipe here. 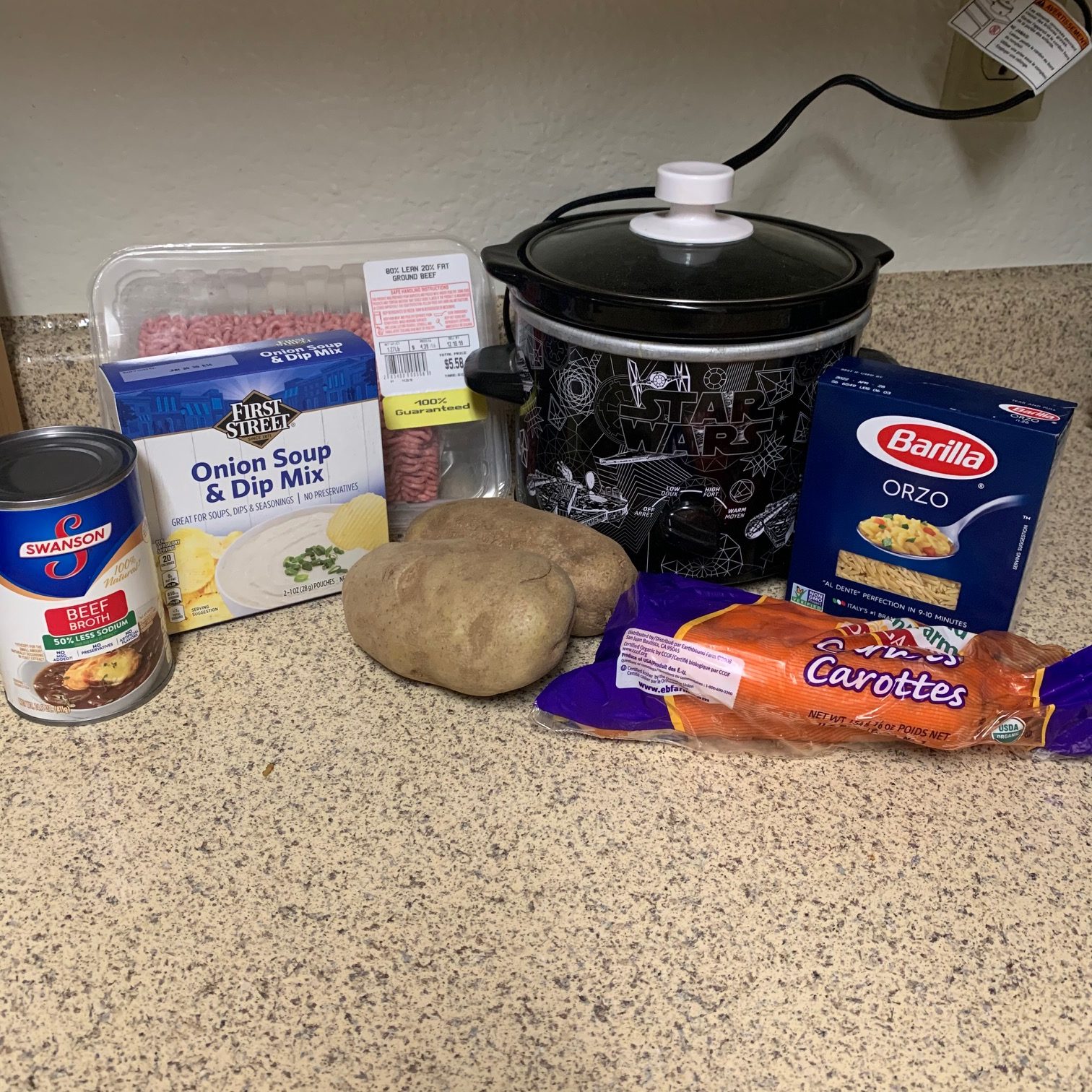 I ended up using orzo since it was sort of grain-y, and it fit really well with the soup. I could not find pearl barley anyway so I just went with something I knew would work. I’m not sure if that makes it more fancy or less fancy but its really all I had.

Cost To Me – I think I paid roughly $20 for everything.

Time It Took – To put it all together – maybe 15-20 minutes. It does take a few hours in the slow cooker but I got a lot of other meal prep done while I was waiting. Also I watched half of the new season of Marvelous Mrs Maisel too.

The best things about cooking things in a slow cooker is that it does everything for you. I was really so less concerned with how it looked. I am a bad food chopper so my potatoes and carrots ended up very sloppy but I didn’t care. In fact, I think it probably added a little more to the aesthetic of the thing – they wouldn’t chop things prettily in Flea Bottom.

But honestly, it was all about browning the beef and throwing it in a pot of water, onion soup, beef broth and so long and let the slow cooker do its work. 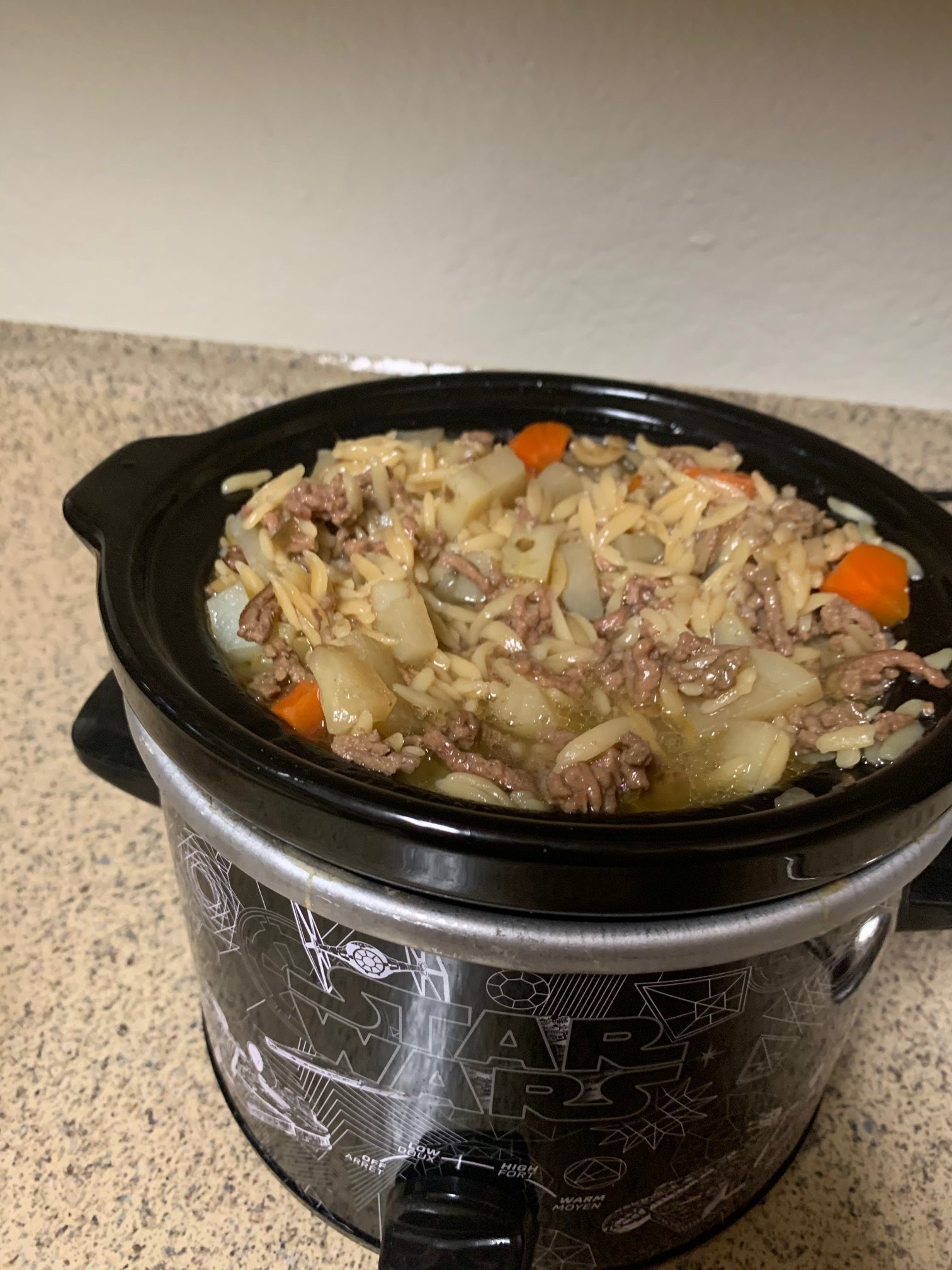 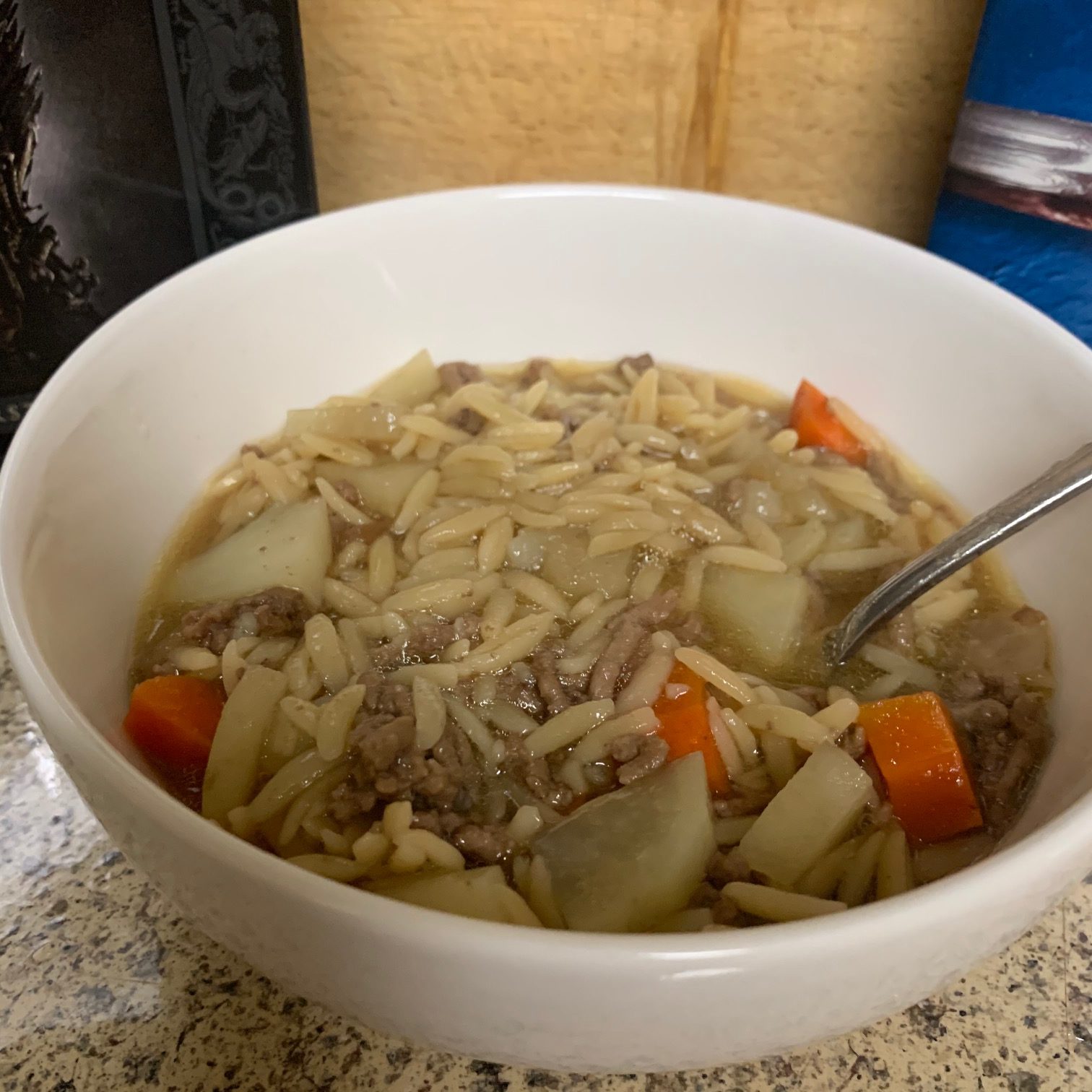 I am actually really happy with how it turned out. Let’s be real – its probably a lot better than what an actual bowl o’brown would taste like. Its a good, sturdy soup and I only made half of what the recipe called for and I still have a ton of soup for the rest of the week. Its definitely hearty and I think it would work with some bread. It definitely is better with ground beef than pigeon, HAHA, and yeah, honestly, I really liked it. The orzo worked really well so I don’t feel too bad about not doing the pearl barley.

I will say that I wish I had a bigger crockpot – the recipe said to add water as it stewed because the barley/orzo would suck up the juice and it definitely did. I tried to add water as I could but I have a small slow cooker so there was only so much that I could do. My bowl o’brown is definitely chunkier than it probably would have been in the book or show!

It was incredibly easy and cheap to make and I think it works not only for a cold night, but it really could work for any kind of fantasy or medieval sort of party. I can still see this working well for a Lord of the Rings party or a DnD party or whatnot. It also made me feel a lot more confident in using my tiny little slow cooker. I definitely want to try and make more things in the slow cooker. And I definitely want to try more Game of Thrones foods in the future! 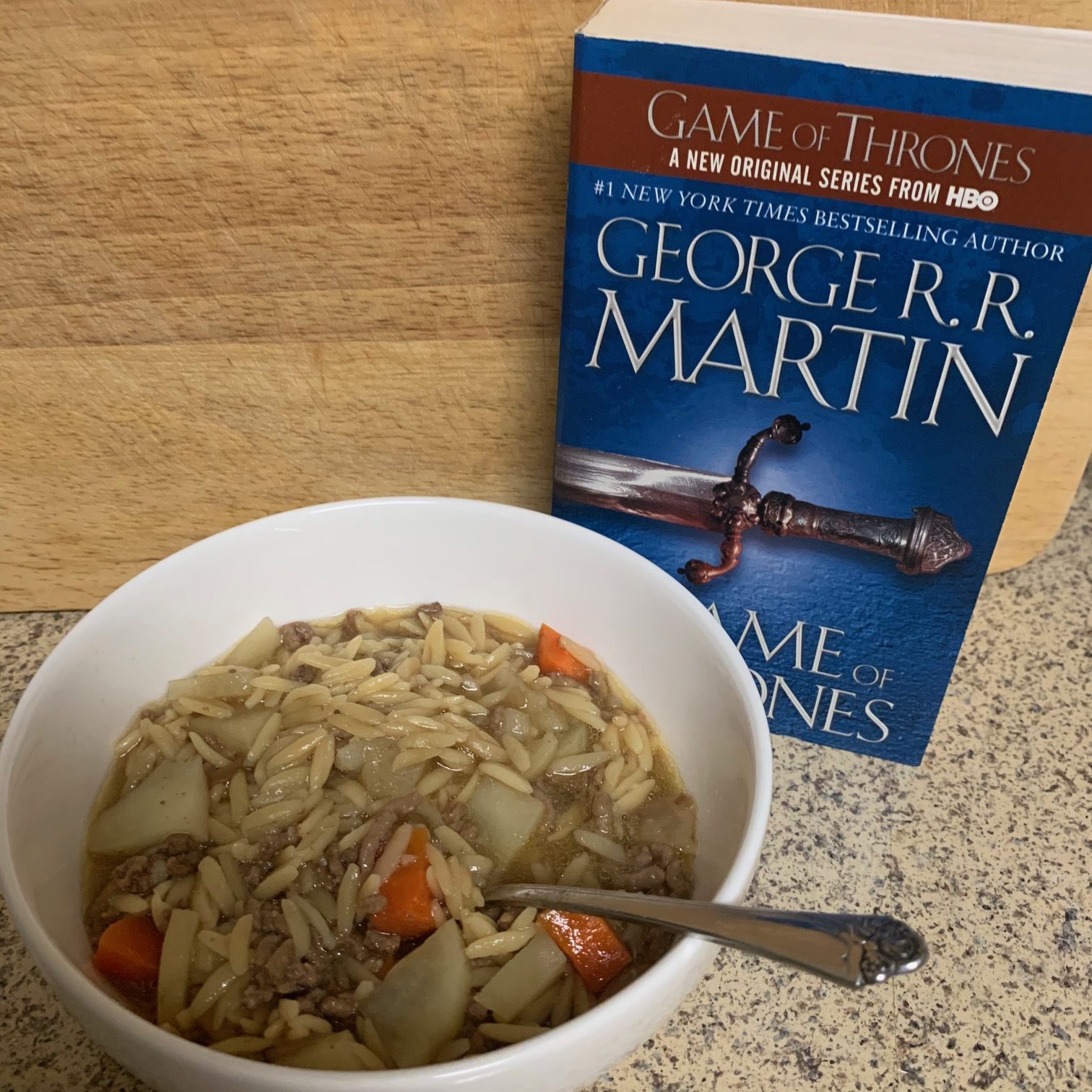 Don’t forget to check out Fictional Food for more recipes and amazing things!