This year I’ve been very ambitious in trying to cross off items on my bucket list and in trying new things. I held myself back a lot for years and now I just want to try everything. Well, almost everything haha. This past weekend, my boyfriend asked me if I wanted to go for a hike – he’s a big hiker – and I told him absolutely, as long we could finally go to the Hollywood sign. 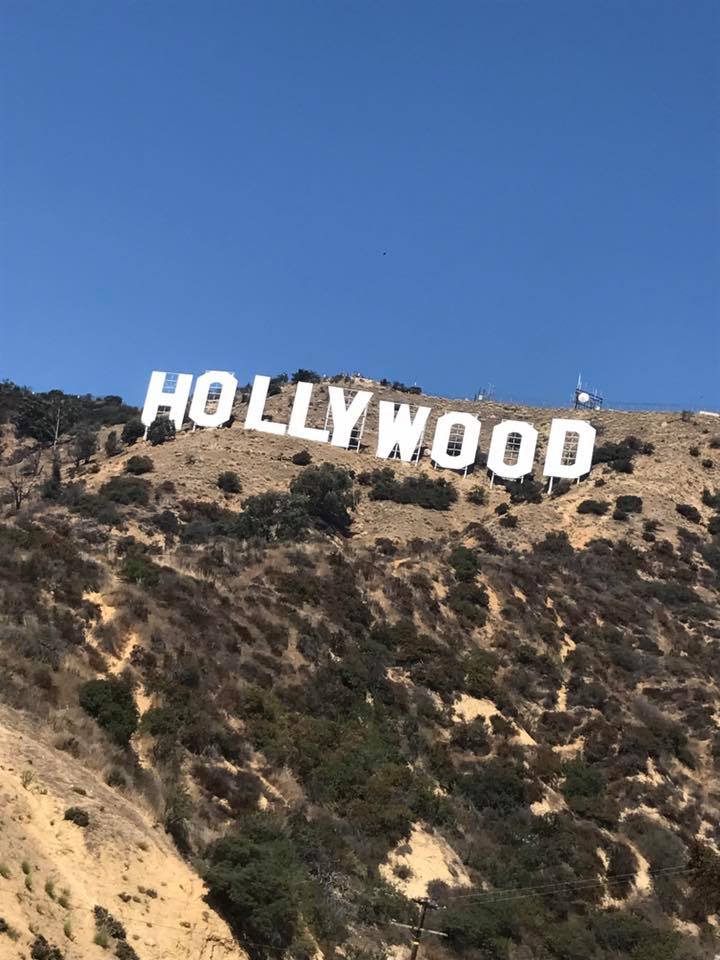 I’ve lived in Southern California my entire life and I love it here. I love Los Angeles. I love Hollywood and the Valley, Burbank and Glendale, I love Santa Monica and East Los Angeles, Downtown, the Arts district, Westwood. I love it all. I know that it can be dirty, I know we have our problems. But I love my city and I love the history. I love it all. And one of my biggest bucket list items that I’ve always had is hiking to the Hollywood sign. I was so tired of waiting and finally made myself (and my willing boyfriend!) make the hike.

We woke up early and headed to the location our friend recommended to us. We parked near Lake Hollywood Park. Its a short trek up the road and through some neighborhoods before you reach the trail. It’s a 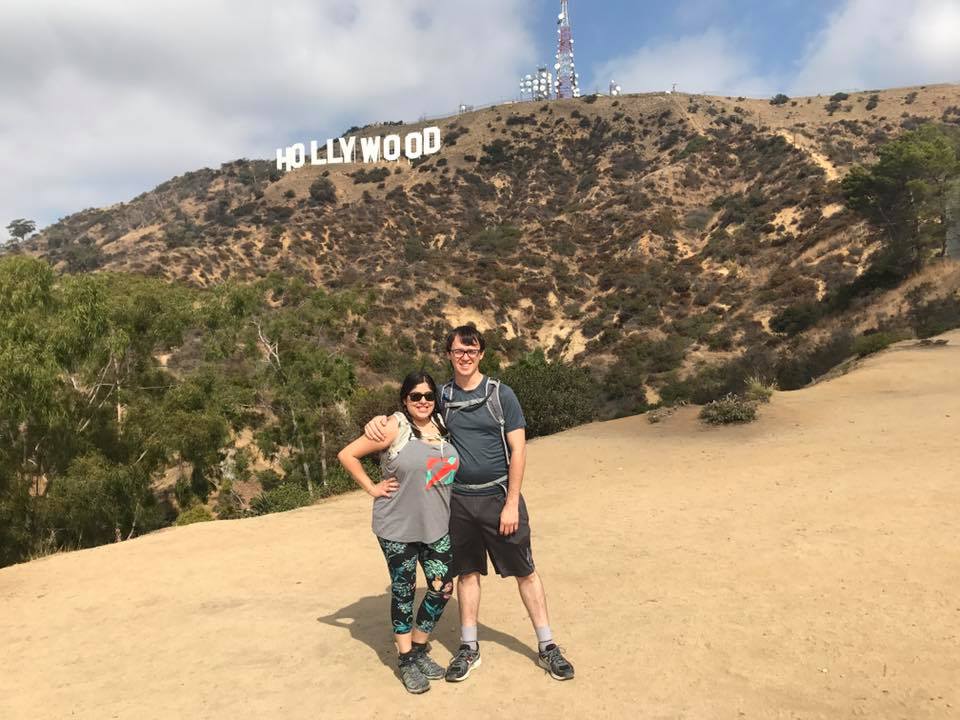 paved trail, which makes it fairly easy. No climbing, no slipping or anything like that.

There’s a lookout point that’s pretty great and I think a lot of people stopped there. It’s literally right as you start the actual “hike”. It has a fantastic view of the sign, which finally looked real to me haha! Years and years of seeing it from the distance always made it look kind of fake, the way the Grand Canyon sort of looks fake when you look at it! 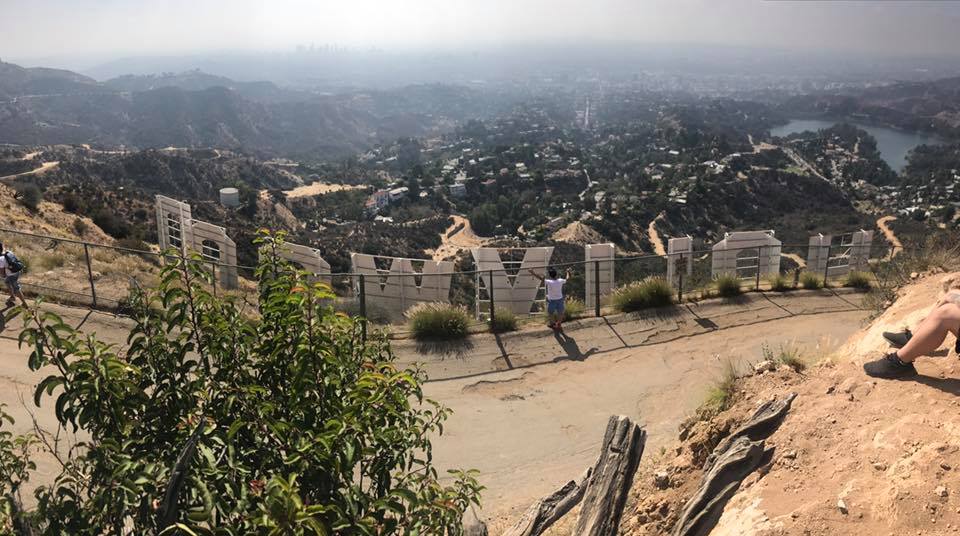 We decided we wanted to keep going, onto the trail that takes you behind the Hollywood sign. It honestly is a very short hike and after I did a super hard hike a few months ago, I was confident in myself to make this one. The hardest part honestly that it was uphill the entire time but its only about a mile and a half past the lookout.

But besides that, it was 100% worth it. I was like a kid walking into Disneyland for the first time. Seeing the Hollywood sign up close like 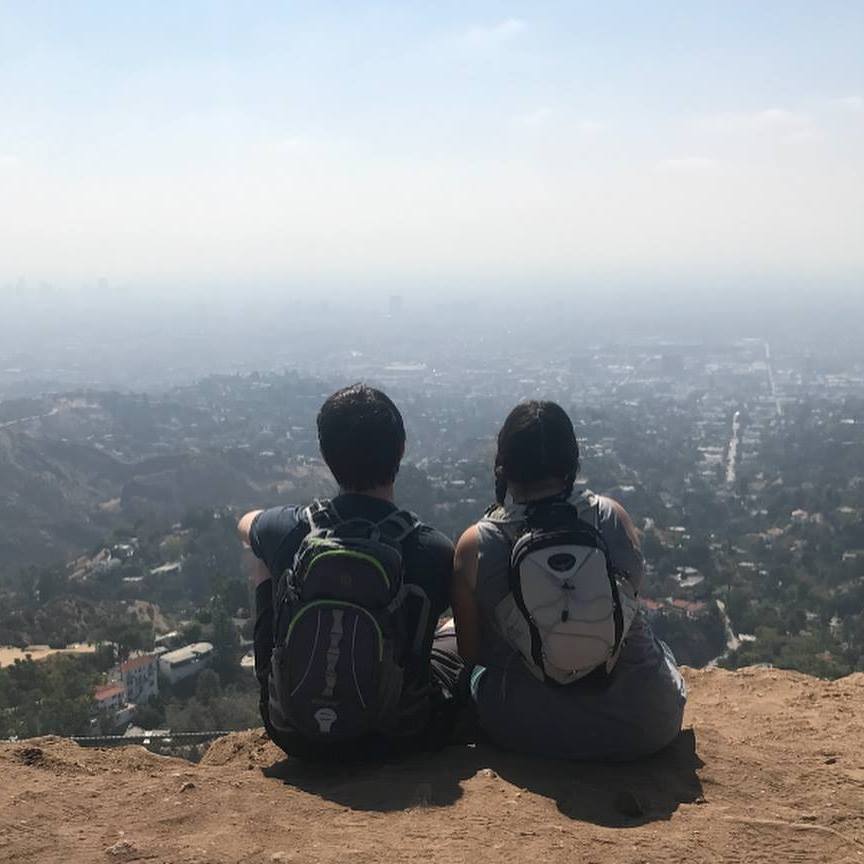 that, after 29 years of seeing it from a distance, was such an awesome moment and unforgettable experience. It’s such a huge part of the history of my city and it was awesome. You can even climb up to a higher lookout point over it (again, easy enough).

The view is incredible, even with all the LA smog. You can probably see the ocean from up there, but it was early enough that the marine layer was still covering most of the air. You could see Downtown and down to Hollywood and behind us was Burbank and Glendale. It was an incredible sight and an even better view point of the sign. 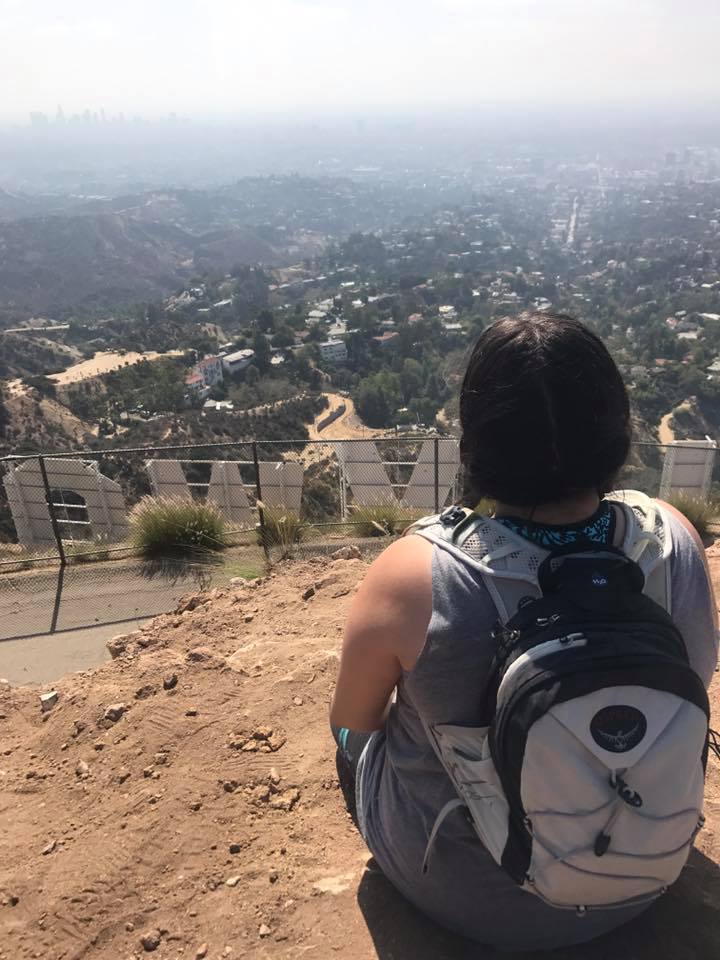 The hike back was easy, all downhill. In all, the hike maybe took two hours, maybe three. We were back by 1 pm, when a lot more people were showing up and making the small trek. I’m glad we got there as early as we did. We found parking easily and it was SO much cooler. I can’t imagine trying to do that hike uphill with how hot it became.

It was honestly such a great experience. I’m so glad I finally got to cross it off my bucket list and I would do it again in a heartbeat. We enjoyed the rest of the day in LA, grabbing ramen at a fantastic 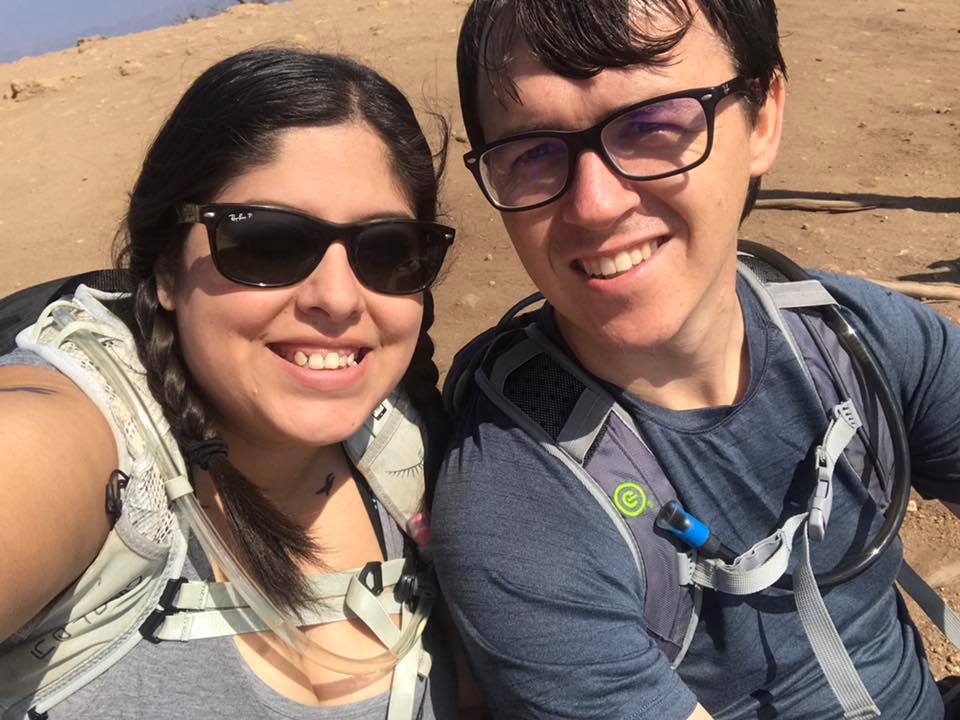 restaurant in Little Tokyo and then having some drinks at Angel City Brewery, one of our faves. It was incredibly inspirational and I just might have one of my characters take a hike up there one day!

Plus, I had to take my copy of The Awakened with me. That thing goes to ALL the cool places! 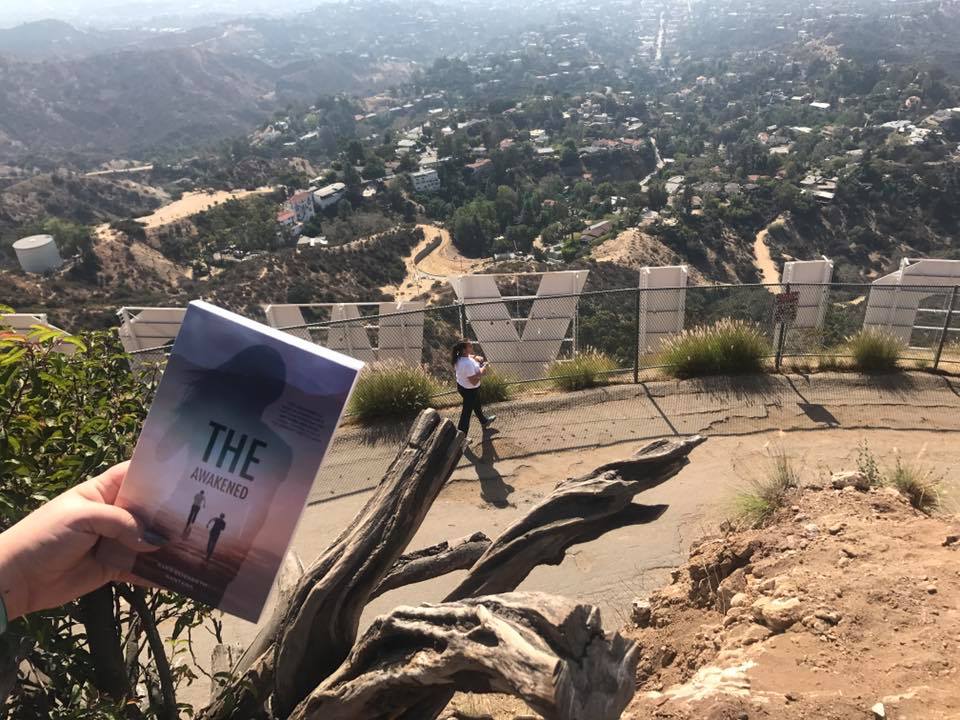