Hello everyone! I’m popping in real quick to show that, yes, I am still alive. I’ve just been so BUSY. I’m still working full time, despite COVID concerns, because I work in healthcare and, well, healthcare doesn’t stop and doesn’t close for anything. It just keeps going. So I’m definitely busy there. I’m also busy WRITING and EDITING and PLOTTING and OUTLINING.

After nearly four years of not being able to really write, I’m finally back on the grind and, frankly, it feels really nice. I haven’t been able to finish anything since I finished The Sanctuary in 2016 and its felt kind of awful. Don’t get me wrong – I’ve started novels. I started a science fiction that didn’t go anywhere. I got really far into a fantasy that I’m still hoping to go back to but with all these dragon novels coming out recently…I just lost my taste for it. I worked on a young adult contemporary for NaNoWriMo in 2019 but I got stuck on that too. I’ve just been struggling.

Relaunching The Awakened Duology and getting Benched ready for publication (coming this September – preorder now!) has really kicked my ass into gear and I am working harder than I’ve worked in quite a few years. Its seriously awesome. I’m not reading a damn thing right now – I’m five books behind on my GoodReads goal for the year but while normally this would bother me and I’d go into a pit of despair in how little I’m reading…I can’t care right now because I’m writing for the first time in ages.

First off, I’m working with my amazing and incredible friend, Alyssa, on the content and line edits for Benched to get it ready for publication. I already had a lot of faith in this book and really believe in it. I really think its great and I’m proud of it but I can’t even explain how much better its gotten since working with Alyssa. Its just really come together and even though I absolutely loathe edits, I’m seriously happy with how things are turning out and shaping up while working with Alyssa. I think that with the two of us working so hard on it, its really going to be the best book it can be when it comes out. 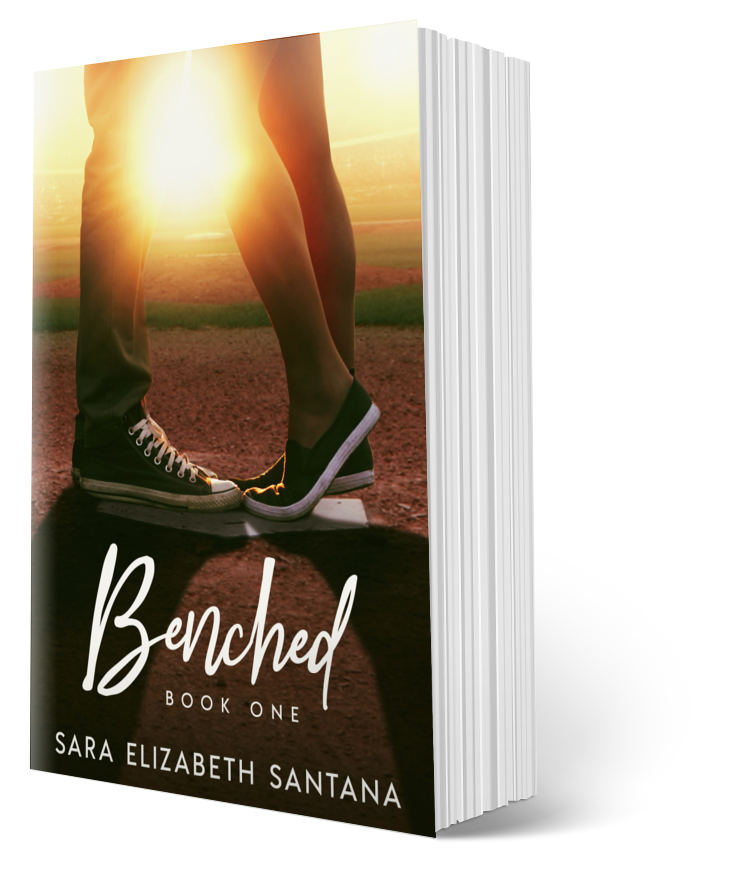 I have also began work on Benched #2, which DOES have a title but will not be revealed until September. I had started something very small way back when, just a prologue and the beginnings of a chapter for this story but I was so disappointed that Benched wasn’t getting picked up AND then The Awakened DID get picked up so I got…distracted and just never went back to it. I am excited to write it now – I really think that people are going to love the characters in this story because I love them so much and I think its going to be great. I can’t say much yet but I have about 5K words and counting and I’m working on my summary and outline now. Its so nice to work on something NEW, which I haven’t done in SO long.

Lastly, I sort of toyed with the idea of rewriting and self publishing a novel that I wrote about ten years ago. If you’ve been a fan of this blog since its inception in 2012, you might know what I’m talking about. Its a story that was near and dear to my heart, but it just…looking back on it now, it wasn’t done and it wasn’t ready and my writing is nowhere near what it is now. I also thinking I was attempting to write new adult before I really had an idea of what new adult was and now that I do and now that I’ve written Benched, I feel more comfortable and confident in what I was trying to accomplish there and I want to write it again and write it BETTER. I have sort of slowly started rewriting it and we’ll see where it goes. I’m not holding my breath that it works and Benched and Benched #2 have my full attention at this moment so we’ll see.

At the end of the day, I’m spending a LOT of my time on writing and so I think I might post a lot more writing stuff on the blog coming up, the way I did years back when I was super focused on my writing. But I promise you, I’m totally alive, still having a good time, watching a LOT of cheesy baseball romance movies and hiding in my writer’s cave.